Finishing with a W 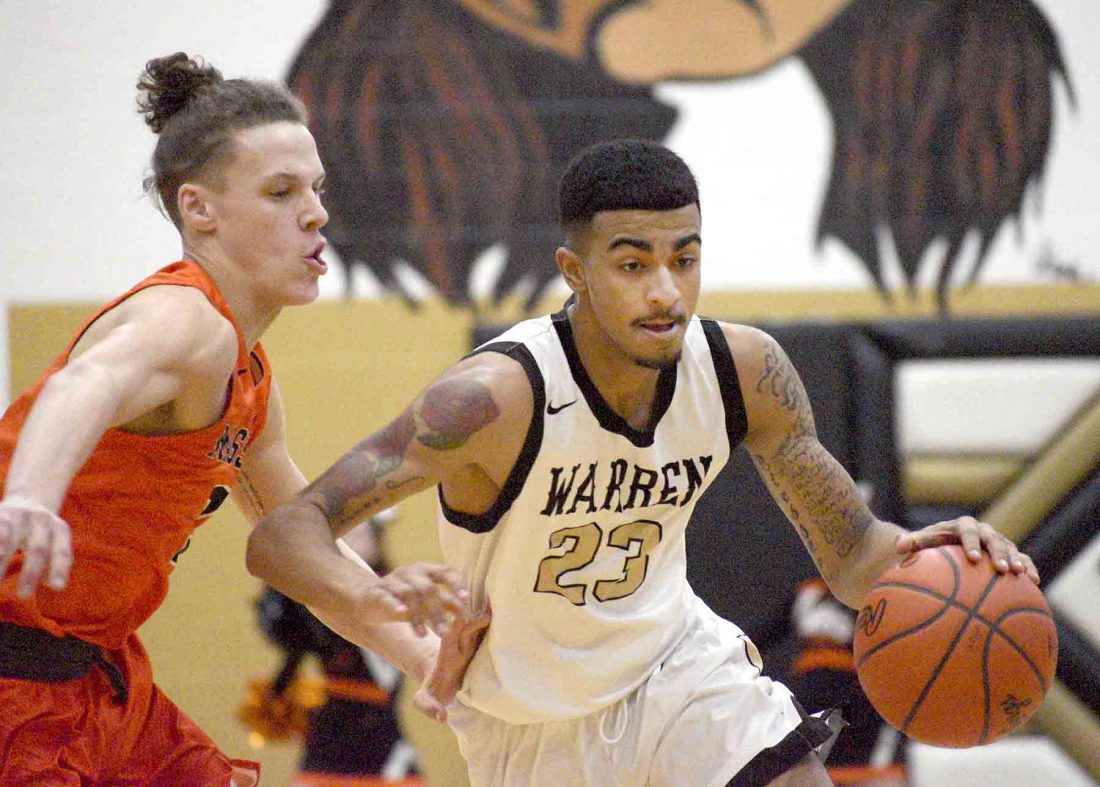 Tribune Chronicle / Brian Yauger Dom McGhee, right, of Warren G. Harding drives the ball down the court past Jace Edwards of Massillon in the Raiders’ 59-41 victory over the Tigers on Tuesday night.

Tribune Chronicle / Brian Yauger Dom McGhee, right, of Warren G. Harding drives the ball down the court past Jace Edwards of Massillon in the Raiders’ 59-41 victory over the Tigers on Tuesday night.

Tribune Chronicle / Brian Yauger Harding’s D’Muntize Owens looks to pass while being defended by Jaiden Stock of Massillon on Tuesday.

WARREN — It may not have been on the football field, but it still felt good for the Warren G. Harding Raiders as they took down Massillon, 59-41, to close out the regular season.

“We’re just happy to get a victory,” Raiders coach Gabe Bubon said. “Their three best players are out so that makes a big difference. We just want to keep working out things and get ready for the tournament, trying to clean things up.

“At the end of the day we’re 12-10, which means we’ll have a winning record. We’re happy with that right now. We still have a lot of things to improve on, but when you can end the season going into the tournament with a victory you’ll take it.”

The Raiders outscored Massillon 17-8 in the third quarter to pull away. Bubon is glad to see them not repeat the same mistakes as the last time they played. 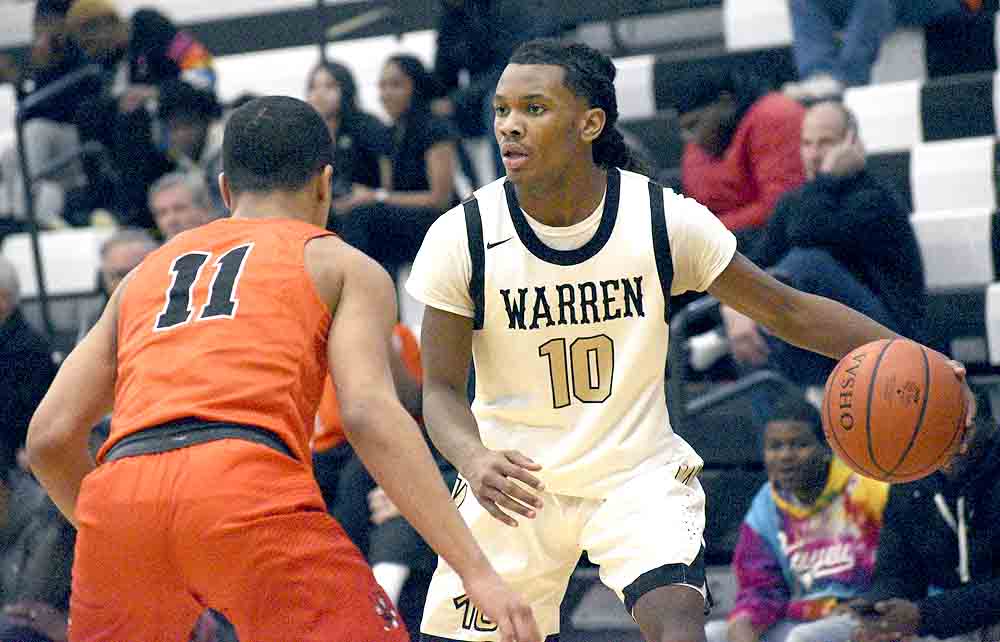 Tribune Chronicle / Brian Yauger Harding's D'Muntize Owens looks to pass while being defended by Jaiden Stock of Massillon on Tuesday.

“We’re very capable of scoring points,” Bubon said. “But we’re also very capable of going through droughts. We played them last time, we were up 24-7 at one point and then we went through a drought and they came back. It was good to see that we didn’t go through too much of a drought, but being at home helps. We’re just trying to keep getting better and stay healthy.”

Those mistakes can add up and can prove to be deadly if the team isn’t shooting well. The Raiders limited their mistakes while shooting well on Tuesday.

“We take it day by day,” Bubon said. “When you’re a jump shooting team, you live and die (by it). Some days are better than others. If we can win some more 50-50 balls, clean up the turnovers, our scoring droughts aren’t as bad.

“But when you’re in a drought and then you’re turning the ball over and you’re not getting loose balls, it just accumulates.”

The Raiders got those loose balls Tuesday night, grabbing 25 rebounds during the game.

Harding continued that high-scoring offense into the final quarter, where they put up 17 points again. Emari Burgess led the team in the quarter, scoring all six of his points.

Confidence is key for the Raiders as they head into the tournament, and a win over Massillon accomplishes just that.

“It gives you a little bit of confidence,” Bubon said. “We had just lost a tough one to Ursuline, Boardman kicked our butts, so you go into the tournament losing three in a row, it’s not the best vibe. It was nice to get a win tonight and they were a little bit down, but they play hard.

No matter who you play against, you have to give the same amount of effort.

We seemed to have turned it up in the second half.”

The Raiders will open up tournament play on Feb. 27 when they host Cleveland John Adams.

“We’ve got about eight days to get ready for the tournament,” Bubon said. “We’ll have some time off in there to save some legs. Hey, it’s the tournament. Anyone can beat you on any night and we’re very aware of that.

“John Adams is not a bad team by any means, so we’re going to have to be super focused and engaged to prepare and get ready for that.”