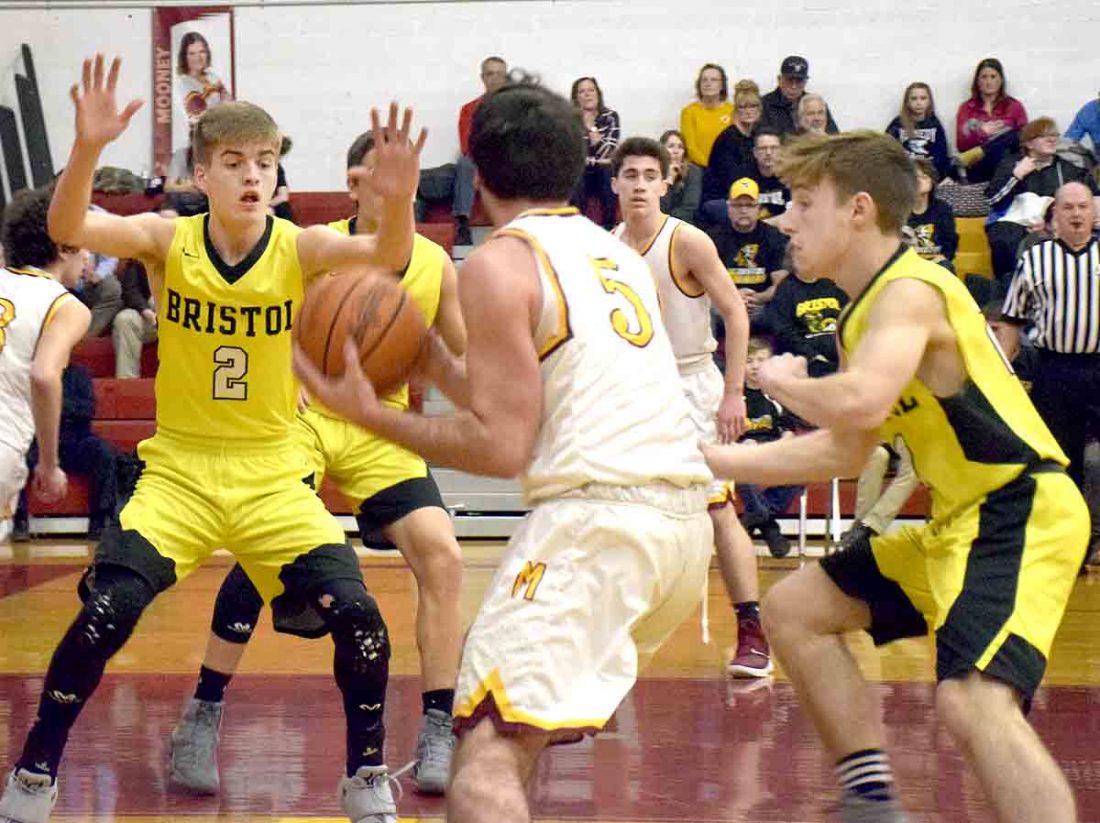 YOUNGSTOWN — Gage Elza stands 5-feet, 11-inches tall, lanky and has a knack for frustrating the opposition.

Cardinal Mooney saw plenty of the Bristol High School senior guard during the first 16 minutes of the Panthers’ 59-51 win on the Cardinals floor Tuesday.

“He’s really good,” Cardinal Mooney coach Carey Palermo said. “There were a couple of shots in the first half I really don’t know how he got them off, but he buried them.” 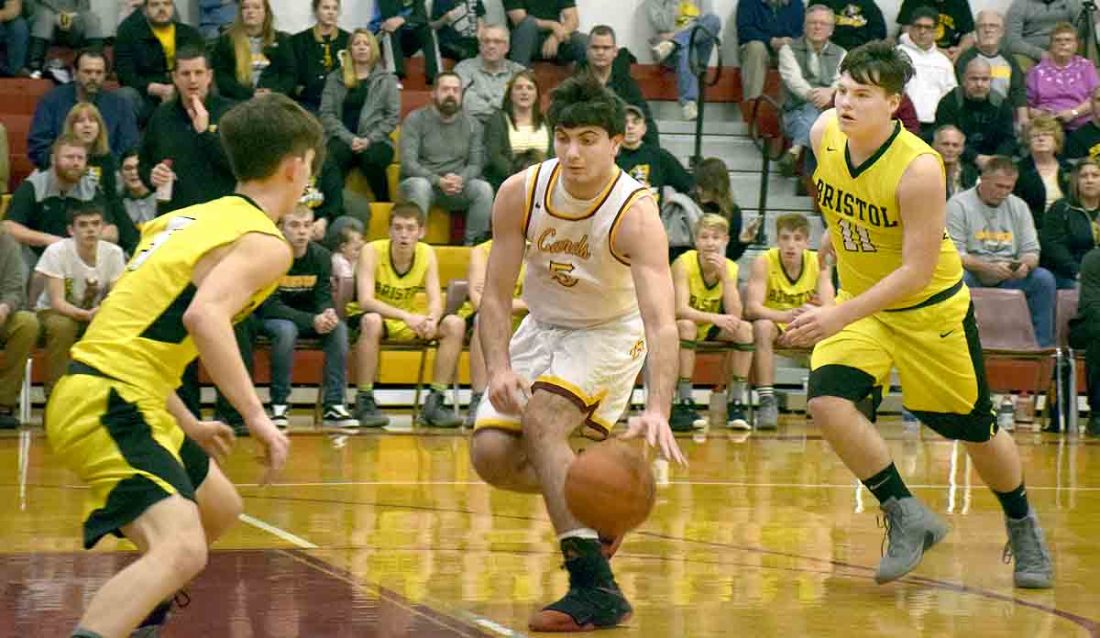 Cardinal Mooney’s Pete Haas, Matt Brennan and Tommy Fire took turns trying to slow down what most Northeastern Athletic Conference teams know all too well, Elza is a prolific scorer. At times, the physical Cardinals were able to almost halt Bristol’s leading scorer. Stop him all together? Not possible. He was 4-of-5 from the foul line in the fourth quarter.

The Haas to Fire combination cut the Bristol lead to 47-43 with 6:07 remaining in the fourth quarter, but there were too many Bristol players for Cardinal Mooney (8-13) to contain. Haas had a team-high 19 points, while Mike Pelini added 15.

Mike Wiebe’s bucket with 2:43 left extended the Panthers lead to 53-45 as Bristol (18-3) kept the Cardinals at an arm’s length in the fourth quarter.

“He could get rid of it and find the open guy numerous times,” Palermo said of Elza. “We were a step late on rotations and they got layups. Ultimately, their role players stepped up in the fourth quarter. As we’re trying to take Elza away, they’re moving to those guys and make tough drives in the middle of the lane.

“That’s what good basketball teams do.”

Bristol is ranked sixth in the final Division IV state poll. The Panthers have been tested the past couple of weeks with teams like Western Reserve Academy, Badger, McDonald and Tuesday against Cardinal Mooney. Playing a physical Cardinals team was just what Bristol needed to prepare for this year’s Division IV Orwell District as a No. 2 seed.

“Mentally, this club has been in a lot of close games,” Bristol coach Craig Giesy said. “I cannot remember when we did not have a close game. They had to play in the fourth quarter and play well to win games. To our credit, we have done that the past three weeks.”

Bristol has been tested and come up short in past seasons against teams like John F. Kennedy and Cornerstone Christian, where physical play has been both team’s forte.

“These teams that are playing physical are going to build us up when we go on tournament stretches,” said Bristol’s Damion Durst, who had five of his eight points in the fourth quarter. “In the past, we’ve had physical teams in Cornerstone, JFK. We didn’t have much that were going to prepare us for that. We were having blowouts here and there.

“This season is preparing us for games in that situation.”

Mooney has struggled down the stretch, losing plenty of close contests. Tuesday was no exception. Palermo is hoping that changes as the Cardinals head into the Division II Boardman District as a seven seed.

“We’re right there. It’s a matter of finishing,” Palermo said.

Elza took over this year’s team from last year’s Bristol standouts like Bryce Gabrielson and Tommy Donadio, who is manager on the Youngstown State University men’s basketball team.

“They made me a better player, seeing how they were playing,” Elza said. “Seeing it’s my turn, I’m more comfortable because of them.”