SOUTHINGTON — Each year since 2013, the Chalker Wildcats have opened the season against the Jackson-Milton Blue Jays.

“It’s been a long time,” Chalker coach Tom Conrad said. “Even when I was an assistant at Champion, I never had the chance to start 1-0, and these kids deserve it. They worked hard, and they played hard. I’m happy. I would’ve liked to win 40-0, but 10-7 is OK too.”

The Blue Jays opened up the scoring with a 40-yard touchdown pass from senior Dyllen Gibbs to Bryce Davis with 3 minutes left in the first quarter. That was the only time the Blue Jays scored.

The Wildcats defense led by Wolfgang Wildman and Christian Baker put up a wall the Jays could not cross. Wildman was all over the field for the Wildcats, only missing one or two snaps, making defensive stops at every turn.

“We were very upset that Wildman decided to go to Kennedy last season,” Conrad said. “But when we got him back, we knew we had a leader on the field. All these guys follow him. He holds everyone accountable, including me, and that’s a welcome thing. We want the players and the coaches to have that kind of relationship in our program. He was bloodied up, has a big fat lip and still played almost every snap. The kid has heart. He has fantastic character, and we’re happy we have him on our side.”

Despite the Wildcats’ stellar defense, the Blue Jays still put up some offensive numbers. Gibbs, listed as a running back, lined up under center most of the game, throwing for 82 yards on five completions, including a touchdown pass to Bryce Davis. Gibbs rushed for 34 yards.

Wildcats quarterback Trystan Mollohan tied the game up late in the first half with a fourth-down touchdown pass to Kyle Caracanas. Mollohan threw for 60 yards on the game on five completions.

Wildcats feature back Jacob Baker received the brunt of the carries, rushing for 51 yards on his 19 carries.

Breaking the 7-all tie for the Wildcats was kicker Ryan Johnston, kicking a 32-yard field goal near the end of the third quarter.

The Blue Jays missed a game-tying field goal with 16 seconds left on the clock, allowing the Wildcats to kneel and leave the game victorious.

With the win the Wildcats advance to 1-0 for the first time since 2013, where they defeated the Blue Jays on their way to a playoff appearance.

“It feels good,” Conrad said. “We’re always going to correct some things, and we have some things to clean up, but we’re going to take 24 hours to celebrate. On Sunday, the coaches are going to get together and watch some film on Sebring. Sebring aren’t slouches. Those kids work hard too, and they’ll be ready for us to play. They’re hard-nosed kids, always have been.”

Both teams are at home next Friday with the Blue Jays hosting Newton Falls, and the Wildcats welcoming the Sebring Trojans. 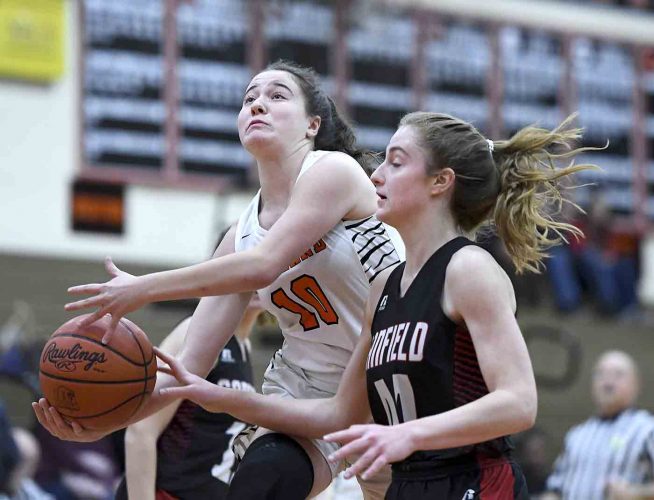