Howland offense too much for Struthers 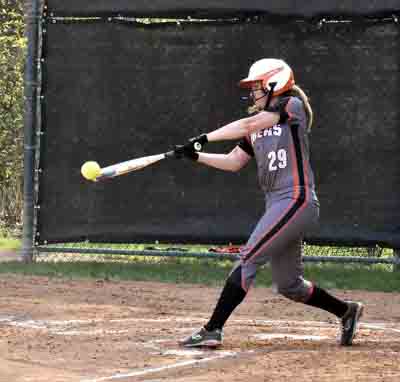 HOWLAND — Despite a six-run fourth inning from Struthers, Howland came out on top, 16-6, in a Division II sectional first-round game.

After Struthers (3-15) threatened in the top half of the first, Howland (7-15) came through with a run to take the lead. Bailee Beasom singled with two outs and then, two at-bats later, Emily O’Connell hit an RBI double to put the Tigers up 1-0.

After Gabby Hartzell struck out the side after a hit, and Howland found small success again. A Mackenzie Maze single scored Kamryn Buckley to put Howland up 2-0.

After Howland scored on an error to go up 3-0, the fourth inning is where the fun really began for both offenses. 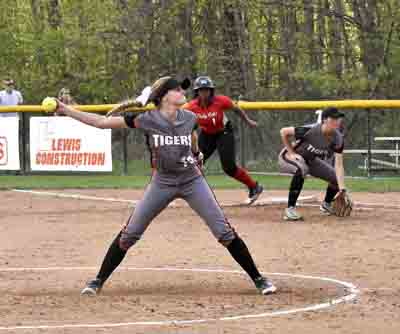 “We seem to go through a bad inning every game, but I have confidence in my team. That inning, we are able to get out of it and then get those runs back. I knew that we would get them back,” Howland pitcher Gabby Hartzell said.

Howland most definitely got those runs back in the bottom of the fourth as it scored seven times to counter Struthers’ attack. Two walks, three hits, a missed fielder’s choice and two errors helped Maze, Hartzell, Beasom, Emily Darlington, O’Connell, Kamryn Buckley and Kendyl Buckley all score runs. Howland led 10-6 after four innings.

“I was proud of our offense. Sometimes we get a little ahead of ourselves and are very anxious hitters. For us to be really patient in the box was a really big feat for us,” Howland coach Amanda Toth said. “We have been the team that doesn’t give up until it’s over. If you put six runs up, OK we will answer you. The girls have done a great job with that all year. They know what they need to do.”

Howland’s offense scored six more times in the last two innings of the game to get the win and advance to the next round of the postseason.

The Tigers now travel to play West Branch, the No. 1 team in the D-II Alliance district, today at 5 p.m., in a sectional bracket final.