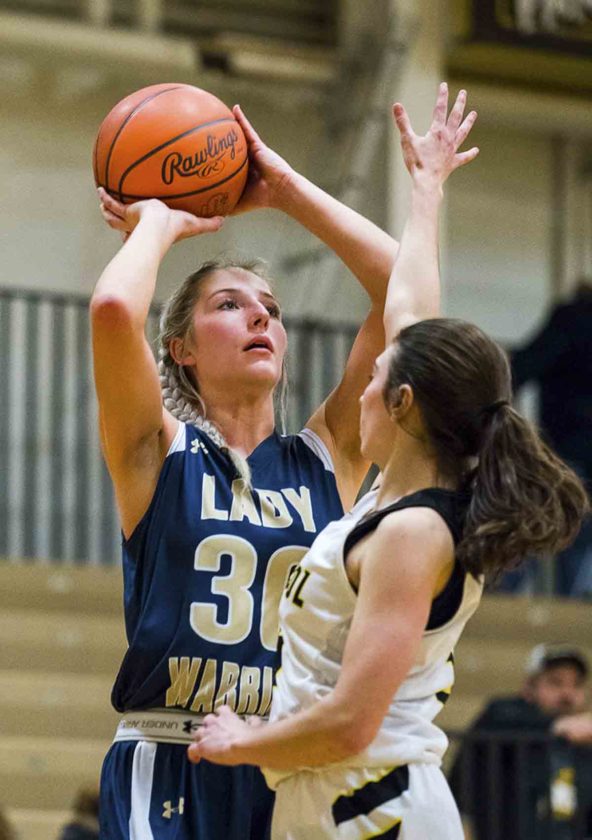 BRISTOLVILLE — The Brookfield Warriors continued their push for the All-American Conference, Blue Tier lead Monday with a 59-29 win over the Bristol Panthers.

Brookfield’s Tori Sheehan and Bailey Drapola each put up more than 20 points in this non-conference game. Sheehan contributed 22, while Drapola added 26 for the Warriors — netting 15 in the fourth quarter.

“We didn’t execute a lot of things well in the first half, and I told my players not to back down,” said Brookfield coach Marc Morgan, whose team won its eighth straight. “They (Bristol) are a strong, hard-nosed team. They’re going come at you the whole time. So if you can’t handle the pressure, then you’re going give up some easy ones and we did. We didn’t take care of the ball well enough. We weren’t finishing shots, and we were just kind of standing around.”

“In the second half I told them, ‘Let’s just use our size, move the ball around, make some good passes and finish some shots,’ and I thought in the second half we executed that a little better,” Morgan said. “There were some possessions where we just need to run offense and make them play defense for 20 or 30 seconds instead of just taking quick shots. For the most part, they kind of controlled the game. We were just fortunate to make some shots.” 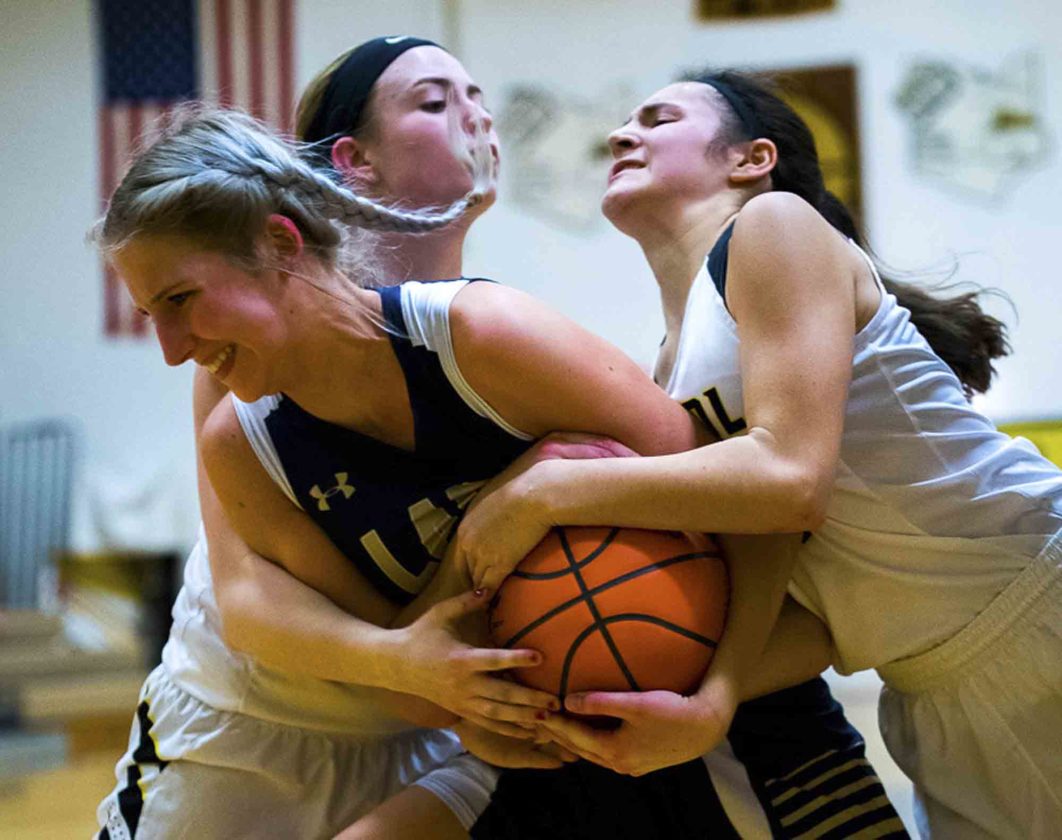 It took until the final 2 minutes in the third quarter for the Panthers (11-5) to score their first points of the half. The Warriors’ strong rebounding kept the game out of reach. The Panthers only scored 12 points throughout the second half.

The win for the Warriors ties them with the Champion Golden Flashes, who beat Niles 59-52 on Monday. Both teams are 12-3. The two teams face off on Feb. 14.

Next up for the Warriors is the Ashtabula Lakeside Dragons, while Bristol heads to Southington to face the Chalker Wildcats.