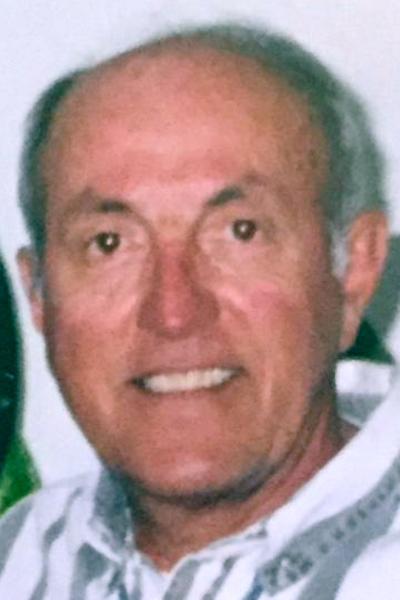 He was born June 14, 1935 in Niles, to Frank Yerman and Francis Sedey. As an inquisitive young man, Bob was destined to be forever redesigning and improving anything he laid his hands on.

Bob was preceded in death by the love of his life, Juan; his parents; and his brother, Ed.

He is survived by his two children, Bob Jr. (Lori) and Susan (Chris) Keffalos; as well as seven grandchildren, Stephen, Robb, Danielle, Dylan, Zach, Mackenzie and Jonah; and eight great-grandchildren.

A passion for drag racing and his ’34 Ford Coupe was interrupted by the Korean War, but it also ignited his lifelong learning of anything electronic. After his military service, he worked nights at a local steel factory, but each morning honed his ever in-demand skills as a TV repairman. He soon opened his own repair shop and taught himself how to rebuild television picture tubes. Years of technical thought eventually led him to Packard Electric, where he programmed and repaired assembly line robotics.

Our dad epitomized the hard work, hard play lifestyle, spending weekends on the Clarion River or racing Hobie cats on the local lakes. After retirement, he and Juan would spend their winters snow skiing in Utah. Returning to Howland each summer, Bob took to wooden ski craftsmanship. He started refurbishing wooden skis from the 1920s to the 1940s (some of which are on display at the Alf Engen Ski Museum in Park City, Utah), then moving on to building his own wooden skis from rough cut hemlock and ash.

To his grandchildren, grandpa was nothing but fun- he taught them how to water ski, tear up the go-cart track and build potato guns. There was the silly side of crazy canoe races, snipe hunting (don’t forget your hat and bag) and pizza night and endless trips to the roller coasters at Geauga Lake, the Hot Dog Shoppe and Quaker Steak and Lube for wings and motorcyles. His sense of humor and boundless energy will be greatly missed.

In lieu of flowers, the family asks that you consider a donation to the Hospice of the Valley, Trumbull County, in Warren, Ohio.