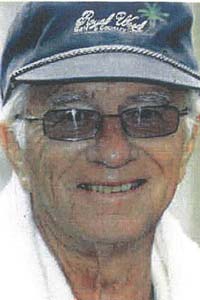 He was born July 27, 1932, in Greenville, Pa., the son of Roy Herbert and Myrtle Godfrey McClurg.

Ron graduated from Warren G. Harding High School in 1953. Ronald owned and operated MAC Plumbling and Son Inc. in Ohio, until his retirement. His son took ownership of the company, making it the sixth generation in the plumbing business. After Ronald’s retirement, the family moved to Naples, Fla., for the winter months, but returned to Ohio for the summer months.

Ron enjoyed living in the Royalwood Golf and Country Club, was an active member of the golf and tennis group and enjoyed summers playing tennis in Ohio with the Packard Park tennis group.

Ron was a man of deep Christian faith. As a member of North Park Baptist Church, he spent much of his life in service to others. He was a generous, kind and caring man who will be missed by many.

He was preceded in death by his parents; and his only sister, Betty McClurg Tricker.

The McClurg family wishes to extend sincere thanks to Avow Hospice for the kindness, caring and supportive help it has given our family. In lieu of flowers, we ask that memorial contributions be given to Avow Hospice of Naples, Fla.

Carl W. Hall Funeral Home is assisting with these arrangements. A memorial service will be held at a later date, with details to be announced in a second obituary notice.