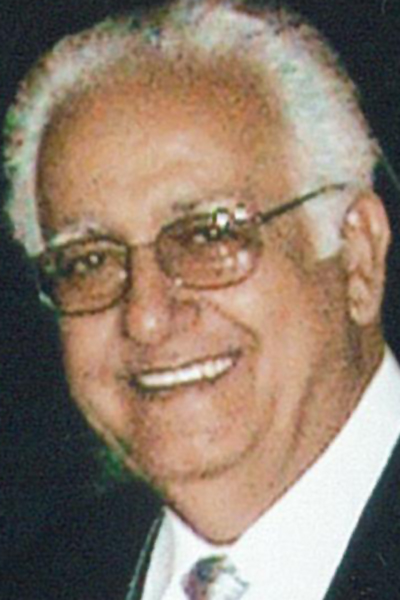 He was born Aug. 14, 1933, in Brownsville, Pa., the son of Dominic and Carmella “Nellie” (Paul) Furano. He was a graduate of Redstone Township High School in Republic, Pa., where he participated in the band playing the clarinet. He later graduated from the Pittsburgh School of Barbering. He honorably served in the United States Army from 1953 to 1955 and was a 66-year member of the Republic Brownsville American Legion Post.

Throughout his life, Richard worked at many places including Youngstown Sheet and Tube, Nickles Bakery, Superior Industries (Aluminium), Grinnell, American Welding and Michigan Hanger. He was a barber in the Pittsburgh area, the Park Hotel in downtown Warren and for his friends at his home, until he got ill in 2013. Richard was a member of Our Lady of Mount Carmel Church, Niles. He was an excellent bowler and traveled to many tournaments. He and his wife, Josephine, also enjoyed traveling to casinos in Las Vegas, Atlantic City, Canada and Austintown. He was a fabulous vegetable and flower gardener, specializing in roses and sculptured bushes. Relaxing time was spent playing cards with friends and watching TV, including the Gameshow network. He loved sports and was a fan of the six-time Super Bowl Champs, the Pittsburgh Steelers. He was considered the quarterback of the neighborhood “Woodglen Football Team” with his fellow players, “his boys” David Carr, Eddy Liebel, Eddy Pope, Pat Ryan, Roger Ryan, David Pehanich, George Sprague, Bobby Santangelo and Dominic Santangelo.

He was preceded in death by his parents; and brother, Joseph William Furano.

Calling hours will be 2 to 4 p.m. Sunday, June 7, 2020, at the Holeton-Yuhasz Funeral Home. A Mass of Christian Burial will be 10 a.m. on Monday, June 8, 2020 at Our Lady of Mount Carmel Church. Everyone is asked to meet at church. There is limited space due to social distancing and wearing face coverings is strongly encouraged while in church and while at the funeral home. Private burial will be in Pineview Cemetery.

The family would like to acknowledge the kind and compassionate care of all who took care of Richard since 2013: especially, Chris, Billy, Melissa, Jody and Dawn at Warren Dialysis Center; doctors and nurses at St. Joseph Warren Hospital, St. Elizabeth Youngstown Hospital, TMH and Vibra Hospital; the teams with NEO Urology and the Gastroenterology Clinic and Endoscopy Center; and on his final day, Harbor Life Hospice. Donations, in Richard’s name, may be made to the American Kidney Foundation, the Trumbull County Veterans Resource Center or Harbor Light Hospice.

Visit holetonyuhasz.com to view this tribute and share condolences with the family.