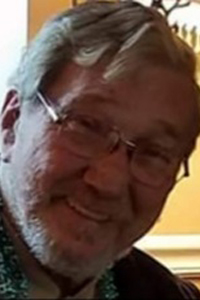 He was born Nov. 3, 1944, in Grassy Meadows, W.Va., the son of the late Ralph William Lilly and Dorothy Ann Buckland Lilly.

Charles worked as a buncher at Delphi Packard Electric for 40 years, retiring in 2007. He loved computers, canoe racing, shooting his muzzleloader and he loved all wildlife and the outdoors.

Charles was preceded in death by his parents; one son, Michael Lilly; and one brother, Frank Lilly.

Cremation has taken place. There will be no services at this time.

Charles will be laid to rest beside his son, Michael, in Newton Falls Cemetery.

Family and friends may view his obituary online or to send condolences, please visit us at www.jamesfuneralhomeinc.com.