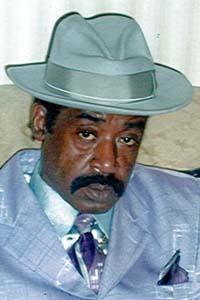 WARREN — Willie James Williams Alls, 67, of 240 Federal Street NW, Warren, departed this life Thursday, May 14, 2020 at 4:30 p.m. at his residence, following complications of an extended illness.

Mr. Alls was employed with Labors International Union of North America Local 935 for 45 years, before retiring Sept. 1, 2014. He also worked for G.M. Packard Electric, Ohio Lamp and was a 1970 graduate of Warren G. Harding High School.

He was a member of St. Paul Church of God in Christ and enjoyed playing chess, horticulture and auto mechanics. He was known as the family historian, reciting the family’s Southern roots and loved to cook Southern dishes and sing the Oldies.

He served honorably in the U.S. Army as a PVC from 1970 to 1973, during the Vietnam War, receiving several honors.

Funeral services will be held Friday, May 22, 2020 at noon at the St. John’s Ministries Church of God in Christ, where calling hours will be held from 11 a.m. to noon. Social distancing will be upheld. Burial will take place in Pineview Memorial Park Cemetery.

Arrangements of comfort were handled by the Sterling-McCullough Williams Funeral Home.