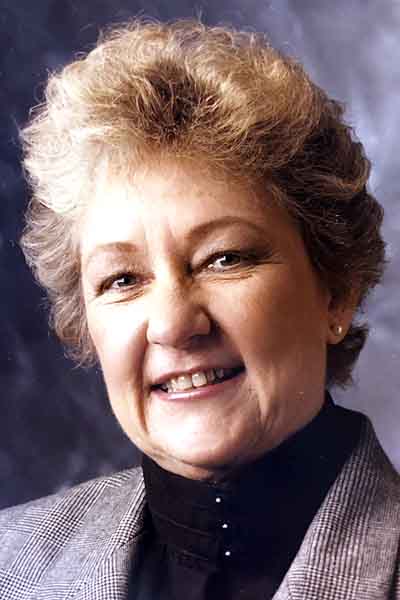 She was born June 16, 1933, in Youngstown, the daughter of the late Maurice F. Eddy and Lillian Roche Eddy.

Pat was a 1951 graduate of Ursuline High School and a 1955 RN graduate of Trumbull Memorial Hospital School of Nursing.

She received her bachelor’s degree in 1965 from Youngstown State University and her master’s degree in management and supervision in 1981 from Central Michigan University.

After graduation from nursing, she worked 25 years at Trumbull Memorial Hospital in various positions from staff nurse to director of nursing, where she was administratively responsible for the entire nursing staff and the School of Nursing.

From 1980-1983, she was self-employed as a health care consultant, servicing hospitals throughout the state of Ohio. In addition to teaching management classes to RNs, she assisted developers and architects in the establishment of new and renovations for various hospital building programs. In several hospitals, she established and assisted with the design of new programs such as mental health, outpatient MRI and pre-admission testing. Additionally, she developed and started the first Nurse Clinician Program, which today is known as the Nurse Practitioner. She presented her program statewide at the Ohio Hospital Association, after which she received honorary membership in the OHA. Other professional accomplishments included the establishment of Ohio’s first free-standing outpatient surgery facility in Austintown. Also, Pat provided consultation services to establish a medical program in conjunction with an existing methadone program in Youngstown.

From 1982-1992, Pat was employed as senior vice president at Robinson Memorial Hospital in Ravenna. There, she was responsible for all professional departments and was a direct liaison between the medical staff and administration. In the early 1980s, she assisted cardiologists in the development of the first Cardiac Cath Lab in a hospital without the availability of open heart surgery at the same facility. It has proven to be a lifesaving success in many instances over the years since its inception.

Some of her memberships and committees included Seton III past president, Easter Seal Society, Trumbull County Visiting Nurse Association board member and American Cancer Society board member. She was a committee member with the board of trustees, medical staff and administration of Robinson Memorial Hospital to discuss plans and the feasibility study for the development and implementation of what was to become the Northeastern Ohio University College of Medicine; and on the committee of the Warren City Community to establish a charter form of government.

Pat was an avid golfer, having participated in the local LPGA Pro-Am tournaments held at Avalon Lakes over a period of five years. She was also actively involved with the Executive Women’s Golf Association and functioned in the capacity of tournament director for championship events held in northeastern Ohio, Michigan, Toledo and Toronto. She also served as vice president and chairperson of the education committee of this organization. In Mahoning County, she served as tournament director for annual golf fundraisers for the American Cancer Society, the Youngstown State University Ladies Golf Team and the Easter Seal Society.

In addition to golfing, her favorite things were cartooning, oil painting and watching sunsets on Lake Erie, where she had a home in Madison for 25 years. Her times there with family and friends were some of the most meaningful periods of her life.

She leaves her only other living relative, Carol (Ernie) Wichert of Millville, Del.

Preceding her in death, besides her parents, were her sister, Mary Jo (Phil) Padach; and brothers, Jim of Youngstown and Paul of Seal Beach, Calif.; and stepbrother, Chuck Roche of Poland.

A private Mass of Christian burial will be held Friday. A public Memorial Mass will be held at a later date at St. Christine Church.

Friends may call 11:30 a.m. to 12:30 p.m. Friday at Higgins-Reardon Funeral Homes, Boardman-Canfield Chapel, where social distancing will be practiced to ensure the safety of everyone.