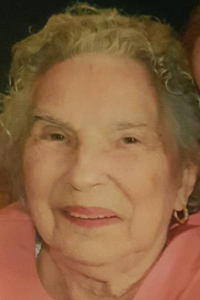 LORDSTOWN — Margaret L. Higinbotham, age 87, known to everyone as “Peggy,” formerly of Champion, left this earth to be with her loved ones in heaven on Tuesday, March 24, 2020, at Trumbull Regional Medical Center in Warren.

She was born on July 8, 1932, in Fairmont, W.Va., the daughter of the late James R. Satterfield Sr. and Leo Batson Satterfield.

Peggy graduated from Fairmont High School in West Virginia in the Class of 1951. She married James F. Higinbotham on June 16, 1956, and remained married 45 years until he passed away on July 31, 2001. Peggy has lived in Lordstown for the last four years with her daughter, Patty.

She worked as a runner for several car dealerships for many years. She was a longtime member of the Lake Milton Presbyterian Church, and she loved reading, babysitting, watching her soaps on TV, and especially loved being with her family.

She was preceded in death by her parents; stepfather, Edward; her husband, James; daughter, Beverly Higinbotham; her sister, Maryann Ross; and her brother, Orville “Buddy” Satterfield.

Per Peggy’s wishes, cremation has taken place. The family will announce services at a later date.

Family and friends may view Peggy’s obituary online or, to send condolences, visit at www.jamesfuneralhomeinc.com.