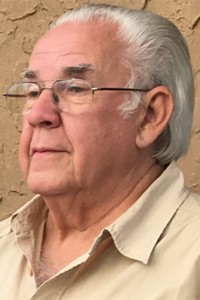 He was a lifetime resident of Warren and a 1955 Warren G. Harding High School graduate. In 1959, he joined the Army. He was a sign painter at Republic Steel / LTV / WCI for 43 years. He was one of the best and last known in the area to the dying art form of hand-lettering signs and still was practicing his craft after his retirement. Jack enjoyed spending time at home with family and being out with his friends for morning coffee, and attending antique car shows.

Surviving is his wife, Arlene Duda Tolson, whom he married Nov. 9, 1963, and together they shared 56 years of marriage.

Cremation has taken place. There will be no funeral services or calling hours. In lieu of flowers, donations can be made to one’s favorite charity.