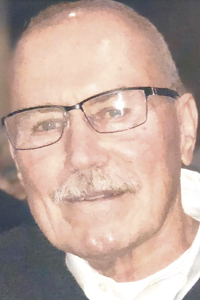 LEAVITTSBURG — Thomas M. Andrella, 78, passed away Tuesday, Feb. 11, 2020, in the compassionate care of Ohio Living Lake Vista and Hospice, after his strong battle with Alzheimer’s disease.

Tom spent his childhood in and on Lake Milton. He attended St Mary’s Elementary School and graduated from Jackson-Milton High School.

In the fall of 1959, he entered the U.S. Navy and continued his love of being on the water. During his tour of duty, he served on an ammo ship touring the Mediterranean Sea.

After his discharge from the Navy, he began his tool-and-die apprenticeship at Packard Electric, where he retired in 2001, after 39 years. As if working steady midnights wasn’t fulfilling enough, he also owned a machine shop, Alloy Welding, where he spent his daytime hours.

In his spare time, he enjoyed sailing on his sailboat and participating in races across Lake Erie. He was a member of the Ashtabula Yacht Club. During his later years, he retired from sailing and enjoyed his fishing boat with his buddies on Lake Erie.

In 1977, he made the “famous left turn” and found the love of his life, Lou Rae. They married in 1978 and enjoyed 41 years of unconditional, loving marriage.

Tom always will be remembered for his cup being half full. He had several mottos that he lived by that his family will never forget: “It’s easier to just be nice,” “Relax,” and “Have some finesse.”

Besides his parents, he was preceded in death by his son-in-law, Bill Briscoe.

As an expression of sympathy, donations can be made in Tom’s name to Ohio Living Hospice 6715 Tippecanoe, Canfield, OH 44406.

His body has been donated to Cleveland Clinic for medical research.

The family would like to thank the Ohio Living Long Term Care and Hospice staff for their loving care and compassion.