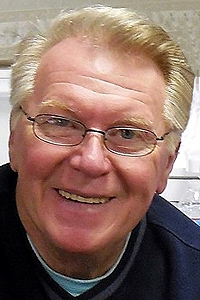 He was a graduate of Howland High School ,Class of 1965, and worked for Packard Electric in Warren for 35 years.

Tom was a member of the Loyal Order of Moose Lodge 1012, Moose Heart, Moose Haven and Autism Speaks Darts. He was also a member of the Youngstown Dart Association and the International Union of Electrical Workers, AFL-CIO.

Tom was always involved in sports, and, in Tom’s passing, the Cleveland Indians lost one of their biggest fans. He was a left-handed pitcher who learned to bat right-handed. Tom had more than one “perfect game” while bowling on Delphi Packard Bowling Leagues. In golf, he shot a hole-in-one twice in the same day. Lastly, his passion was throwing darts with his wife and son, who established a nonprofit in support of autism.

Besides his wife, Tom was preceded in death by his parents and a son, Thomas Edwin “Tommy” White.

Visitation will be held from noon to 1 p.m. Tuesday, Feb. 25, with the funeral service to begin at 1 p.m. at Crown Hill Chapel Mausoleum in Vienna.

Selby-T. J. Fox Funeral Home was entrusted with the arrangements.