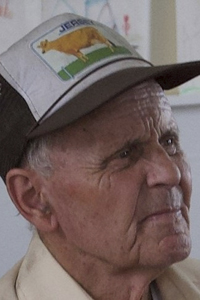 Junior was the youngest milk can hauler to own his own route via contract with Isaly’s Dairy, Youngstown. He was hauling milk in cans from local farmers at the age of 14.

A graduate of Liberty High School, Junior served in the Ohio National Guard and worked as a dairy farmer, bus driver for Maplewood School District, and in later years, drove a tri-axle dump truck for Vernon Sand and Gravel, where he became an accomplished “tailgater.”

Junior also is survived by his feline friends, Fluffy, Bucky and Precious.

He was preceded in death by a stillborn twin brother; and a sister, Florence, who passed at the age of 3.

There will be no calling hours or services for Paul Jr., who was a longtime member of Liberty United Presbyterian Church.

Arrangements have been entrusted to the care of the Staton-Borowski Funeral Home, 962 North Road NE, Warren, Ohio 44483, 330-394-6200. Dedicated to serving your loved ones. This obituary may be viewed and condolences sent to www.statonborowskifuneralhome. com.