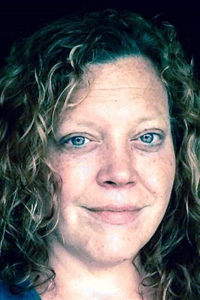 She was born on July 9, 1973, in Youngstown, to John and Kathleen Mason Miskell.

Melissa began her professional career as the religious director at St. Luke Church. She continued her life of service as Unit Director at Community Corrections Associations, a Case Manager at TASC and female drug court liaison at the Mahoning County Juvenile Justice Center. She also worked as an executive assistant for Attorney Rockland DiPerro-Turner. She was an advocate for autistic children, speaking numerous times at United Way luncheons.

Besides her parents, Melissa is survived by her beloved son, Rowan Tabbara; brother, Joseph (Rachel) Miskell; and her nephew and godson, Dylan Miskell.

The Miskell family would like to thank the entire staff at UPMC Hospital, Farrell, Pa., and Hospice of the Valley for the care provided to Melissa.

As per Melissa’s request, there will be a celebration of life service at a later date that will be announced in the coming months.