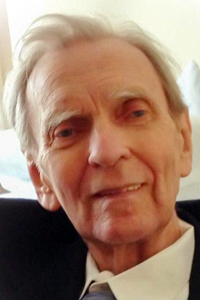 WARREN — Andrew Presley McKean, 88, passed away peacefully Sunday, Feb. 9, 2020, after an extended illness at Shepherd of the Valley Nursing Home.

Mr. McKean was a proud veteran, serving in the United States Army during the Korean War Conflict. Andrew retired in 1987 from the State of Ohio as manager of the Ohio Bureau of Employment Services after over 30 years of exemplary service. Upon retiring, Andrew remained active in his community and was co-owner of several area restaurants and bars, most notably, The Pub in the Eastwood Mall.

Andy was an avid fan and lifetime supporter of Warren G. Harding High School athletics. Friday night football games were one of his passions, and he was very proud of the fact that he had regularly attended home games since his days as a high school student. Andy served as an officer of the Harding Football Booster Club during the 1970s. He enjoyed attending Ohio State and Michigan football games, often in the company of his lifetime friends. His family was very important to Andy and he would often take extended trips to visit relatives away from Warren. Andy was an avid reader and greatly enjoyed discussing current events with his many friends and colleagues.

A service will follow the calling hours at 11 a.m. at the funeral home, with Pastor David R. Black officiating.

In lieu of flowers, donations can be made to the Warren G. Harding Athletics Booster Club, in Andrew’s memory.

Family and friends may visit www.peterrossiand sonfh.com to view this obituary, sign the guestbook and send condolences to Andrew’s family.