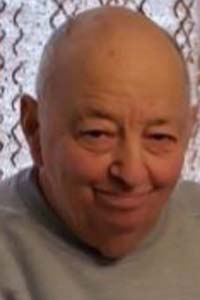 He was born Nov. 14, 1938, in Latrobe, Pa., the son of the late Louis Goblinger and Tina Kubistak Goblinger.

He has lived in Lordstown since 1966, and was employed at General Motors for 32 years as a forklift operator, retiring in 1998. Stephen was a member of Christ Our King Church until it closed, then became a member of St. Mary’s Catholic Church in Warren. He loved classic cars, camping and raising his pet dogs.

Stephen was preceded in death by his parents; wife, Marceline; one infant daughter; and one sister, Stephanie “Cookie” Staschak.

Stephen will be laid to rest with his wife in Lordstown Cemetery.

Family and friends may view Stephen’s obituary online or to send condolences, please visit us at www.jamesfuneralhomeinc.com.