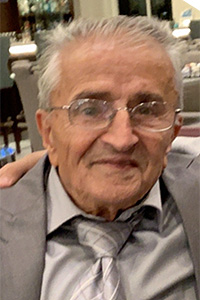 He came to Warren in 1970 and retired from Masterpiece Painting, where he was a painter for 28 years. Nick was a member of St. Demetrios Greek Orthodox Church in Warren and the Chios Society.

Nick was preceded in death by his parents and a brother, Elias “Louie” Liakaris.

Burial will be Tuesday, in Oakwood Cemetery,Warren.

In lieu of flowers, contributions may be made, in Nick’s name to St. Demetrios Greek Orthodox Church, 429 High St., Warren, OH 44481 or St. Paraskevi Church, Fyta, Greece, c / o of the funeral home.

Family and friends may visit www.peterrossiand sonfh.com to view this obituary, sign the guestbook and send condolences to Nick’s family.