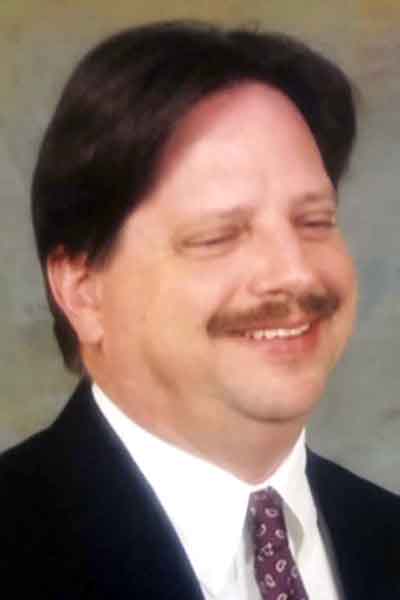 He graduated in 1974 from Warren John F. Kennedy High School and received his degree in business administration from Youngstown State University.

Larry’s love of food led him all over the United States; places he lived included the cities of Cleveland, Indianapolis, Memphis, Fort Myers and Lexington, and the states of Minnesota and North Carolina. He was most recently of Dallas, where he was the general manager of the Mercury Chop House in Arlington, Texas. Larry touched many lives and had a network friends and colleagues in every city he lived. Larry was thrilled to be a grandfather of Declan and was anxiously awaiting the birth of his second grandchild in March. Larry had a love of dogs and all things nostalgic about his hometown favorites, The Hot Dog Shoppe and Sunrise Inn. He was a Cleveland Indians and Cleveland Browns fan.

He will be missed by his family and friends.

Larry is survived by his son, Andrew Kerns (Katie); and grandson, Declan of Chicago; his companion, Deb Versagi of Cleveland; and mother, Loretta Kerns of Cortland.

He was preceded in death by his father, Frederick Kerns.

A memorial service is planned for Saturday, Feb. 8, 2020. Calling hours will begin at 10 a.m., with a funeral to follow at 11 a.m. at St. Robert Catholic Church in Cortland.

In lieu of flowers, the family asks that monetary contributions be made, in memory of Laurence, to John F. Kennedy High School or a charity of choice.