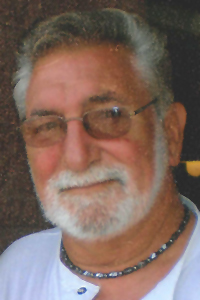 He was born Sept. 14, 1945, in Warren, the son of the late Anderson Hines and Alberta Culver Hines Thomas.

Larry was a 1963 graduate of Kinsman High School and was employed as a welder for American Welding in Warren for many years, prior to retiring. He also served his country for a time in the U.S. Navy.

He married the former Linda A. Schlott Aug. 20, 2010. They shared more than nine years of marriage and many happy memories together. She survives him.

Larry was a motorcycle enthusiast and loved riding his Harley. He was very devoted to his family and his greatest joy was spending time with his loved ones and friends.

He was preceded in death by his parents; a son, Larry G. Hines Jr.; and three grandsons, Larry Benjamin Hines and David and Joseph Pivovar.

In keeping with the wishes of the family, there will be no funeral services or calling hours. A celebration of Larry’s life is being planned for a later date.

Larry will be laid to rest in Sager Memorial Cemetery, Bristolville

The family requests material contributions be made to the Hope Center for Cancer Care, 1745 Niles Cortland Rd. NE No. 5, Warren, OH 44484, in his memory.