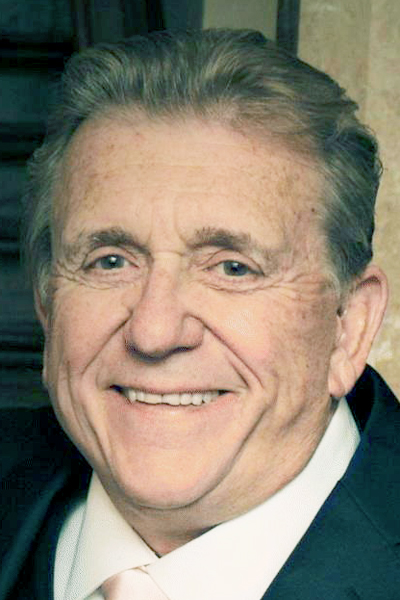 BOARDMAN — Joseph R. Bevilacqua, 77, passed away Saturday morning, Jan. 26, 2020, at Shepherd of the Valley Nursing Home, surrounded by his family and friends, after a three-year battle with brain cancer.

Joseph was born Oct. 14, 1942, in Youngstown, to the late Joseph Valentine and Stephana Boyko Bevilacqua.

He graduated from Chaney High School in 1960 and went on to earn his bachelor’s degree in business administration from Youngstown State University.

If there was a photo depicting the definition of the word “friendly” in the dictionary, it would be of Joe Bevilacqua. Warm and welcoming toward everyone he met and loved deeply by his family and friends, he was a positive influence in the community and on the many lives he touched. His good nature, positivity and sense of humor was apparent literally from the moment he met someone.

Joe began his professional life at a very young age by working as a manager of his father, Joseph V., and his brother, Ralph’s business, North Side Lanes, where he was a fixture for decades. He became co-proprietor of North Side Lanes with them until its closure in 1991. But that wasn’t his only career.

With his eldest son, also named Joe, on the way in 1966, he began working at the new General Motors plant in Lordstown, Fisher Body division. For 30 years he worked in the suggestions department, where he sparked many lifelong friendships, including that of his best friend, Nick Pupino, with whom he would co-own a hair salon years later. He retired from GM in 1996.

A true American patriot, Joe loved his country, as witnessed by his realization of a lifelong dream to help open a VA clinic in his hometown. Because so many of his friends were wounded veterans, including his close pal and Alpha Phi Delta fraternity brother, Major Carl Nunziato, Joe vowed to do all he could to make sure that Carl and others wouldn’t have to travel far to receive medical treatment. He achieved this goal in 1991, when he transformed the family business, Northside Lanes at 2031 Belmont Avenue, into the Youngstown Veterans Outpatient Clinic, in association with the Cleveland VA Medical Center. He worked there as building manager until his retirement in 2007.

Joe was proud to be a 32nd Degree Mason, like his father before him, and was beaming when his son, Steven, achieved Master Mason status with his father, grandfather and 32nd Uncle Ralph in attendance at the ceremony in 1992.

Joe married his high school sweetheart, Eva Stefan, in 1964, and they had two children: Joseph (Jacqueline) of Navarre Beach, Fla. and Steven (Rachel) of Janesville, Calif. They, along with his grandsons, Valentine and Cole, and his companion, Gale Bevington, will all miss him tremendously and cherish their wonderful memories of him.

He will also be sadly missed by the family matriarch, Stephanie Bevilacqua Sabo, whom everyone knows as Tootsie; her husband, Joe; and his brother, Ralph with his wife, Linda; and brother, Donald. Joe’s family would also like to offer heartfelt thanks for all the loving support offered by Magistrate Richard White, a close friend for many years.

Joe enjoyed life to its fullest until the end and especially enjoyed providing a benevolent, humorous voice of experience to his beloved fraternity, Alpha Phi Delta, or spinning a joyous tale for his friends at the St. George Croation Center.

A celebration of the life of Joseph Bevilacqua will be 5 p.m. Saturday, Feb. 1, 2020, at Western Reserve United Methodist Church, 4580 Canfield Road. The family will receive relatives and friends an hour prior to the service at the church.

The family wishes donations be made in Joseph R. Bevilaccqua’s name to Hospice of the Valley at www.hospiceofthevalley.com. To share condolences with the family, please visit lanefuneralhomes.com.