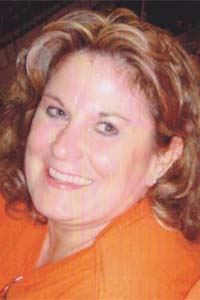 NEWTON FALLS — Diane Marie Brooks, 61, of Newton Falls, passed on Friday, Nov. 22, 2019, due to complications from a long-term illness.

She was born on June 20, 1958, in Ravenna, the fifth of six children of Clarence E. and Dorothy L. Shaffer Brooks.

Diane lived most of her life in northeast Ohio, a majority of that in Newton Falls. Upon graduating from Newton Falls High School in 1976, Diane entered the restaurant business. Many will remember her from her years managing the Hardee’s in Newton Falls. Diane went on to many successful years of employment at KraftMaid in Middlefield and was last employed by Things Remembered in North Jackson.

Diane was a Cleveland Indians fan and loved her Browns, but nothing more than her little dogs. She had many over the years and treated them like her children.

Diane is survived by her sister, Cheryl Bucy (Randall) of Columbus; her brothers, Gary Brooks (Pam) of Georgetown, Ky., David Brooks (Janet) of Ponca City, Okla. and Dennis (Suann) Brooks of Brookfield. Diane has many nieces and nephews across the country.

Preceding Diane were her mother, Dorothy; and her brother, Richard Brooks.

Arrangements for Diane were entrusted to Borowski Memorial Home in Newton Falls.

Please visit www.borowskimemorialhome.com to send condolences to the family.