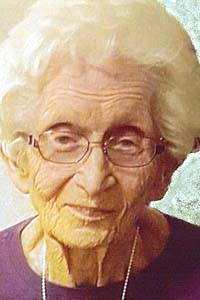 She was born March 22, 1924, in Uniontown, Pa., the daughter of Matthew and Dorothy Sand Putanko.

She had been employed as a P47 and B29 riveter at an assembly plant in Michigan during World War II and was a member of SS. Peter and Paul Byzantine Catholic Church in Warren.

Survivors include sons, James K. Martin, Paul A. Martin and Matthew Martin, all of Niles; five grandchildren and seven great-grandchildren.

She was preceded in death by her husband, James M. Martin; one brother and six sisters.

Calling hours will be 11 a.m. until the 1 p.m. funeral services Friday at The Joseph Rossi and Sons Funeral Home in Niles.

Burial will be in Pineview Cemetery.