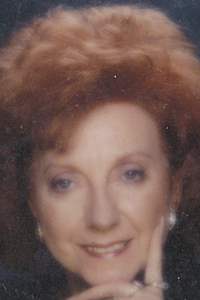 She was born April 7, 1941, in Scranton, Pa., the daughter of the late Edward and Irene Knapik Hart, and was raised by her aunt and uncle, Frank and Josephine Butash in Hempstead, N.Y., and resided with them for 18 years.

She graduated from Homestead High School in Hempstead, Long Island. Pat received her license as a practical nurse in1960 after graduating from Mercy Hospital School of Practical Nursing in Rockville Centre, Long Island, N.Y., and was employed by Mercy Hospital in Scranton.

She became a mobile insurance examiner for several paramedical companies doing insurance medical exams. She was employed as a medical examiner for 42 years. She also was the owner and manager of Scherer Examinations, Inc. for a number of years.

Pat was a member of Niles Christian Assembly Church in Niles and belonged to sobriety. She was a die-hard Yankee fan and was a very generous and loving person with her best friends, Pat Hur and Sandra Johnson. She volunteered for Guardian Angels and Menagerie.

Besides her parents, Pat was preceded in death by two husbands, Joseph Filip and William Scherer; a son, Timothy Filip, who passed in 2001; two brothers, Edward and Gerald Hart; and a sister, Jean Reha.

Burial will follow in Pineview Memorial Park in Warren.

In lieu of flowers, the family suggests that memorial contributions take the form of donations, in Pat’s name, to Niles Christian Assembly Church, 672 North Road SE, Niles, Ohio 44446 or to the Animal Welfare League.

This obituary may be viewed and condolences sent to www.statonborowskifuneralhome.com.