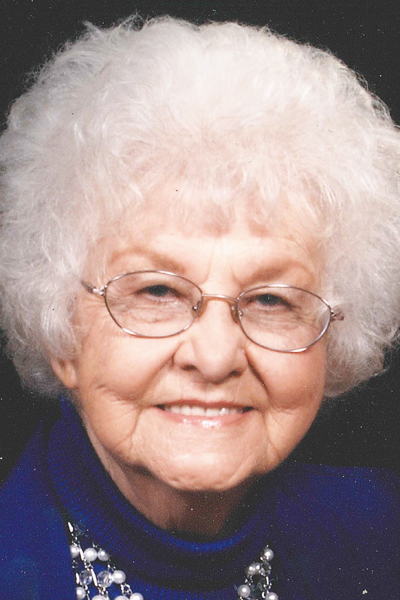 WARREN — Mary Ruth Zimora, 90, left this earth to be with her Lord and Savior Sunday, Nov. 10, 2019. She had made her home in recent years with her daughter in Warren; she was previously living in Champion for many years.

Mary came from a humble beginning in Mill Fork, W.Va., where she was born on June 12, 1929, to the late David C. and Annie L. Roberts Mullins. All six of her siblings preceded her in death, including two brothers, Lee and Virgil Mullins; and four sisters, Stella Rose, Elizabeth Pitsinger, Naomi Talkington and Hallie Crislip. Ruth was a devoted and beloved mother, grandmother, great-grandmother and aunt to her remaining family.

In her younger years, Ruth worked at Ohio Lamp, then later in life she did catering and home health care. Ruth was active in the Nazarene Church for over 50 years, with her current membership at Leavittsburg Nazarene Church.

Ruth had a giving heart and for many years every Friday, she made and delivered meals to her shut-in friends. She frequently visited the local nursing homes.

After Ruth’s husband, Mike M. Zimora, passed on Aug. 16, 1989, she started a club for older single people, which was a blessing to many for several years. Ruth also enjoyed gardening and canning her vegetables.

Even though she battled cancer three times herself, she was always concerned with anyone’s health problems and was quite a phone warrior checking in on them. She could be heard praying for everyone and singing her hymns in her room in the evening.

She is survived by her daughter, Debra (Murphy) Jones; her son, Mark (Holly) Zimora; beloved grandchildren, Jason (Kristen) Murphy, Lisa Hecker and Stephen (Sara) Zimora; and great-grandchildren, Audrey and Shelby Murphy, and Lucy Zimora and Lily Hecker. Ruth also will be missed by her nieces and nephews.

Life as we know it will never be the same without her in our lives. In her memory, what she would want most, is for her loved ones to accept Christ in their lives and meet her in heaven one day.

Funeral services will take place 1 p.m. Saturday, Nov. 16, 2019, at Carl W. Hall Funeral Home, where Pastor Rick Swiger will officiate. Family and friends may gather from 11 a.m. until the service time at the funeral home. She will be laid to rest privately next to her husband at Champion Township Cemetery.