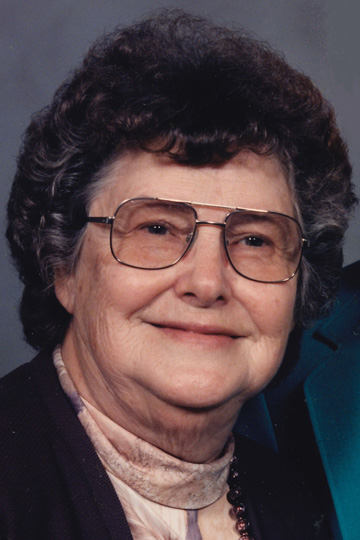 She was born March 28, 1927, in Porter Township, Pa., the daughter of the late James C. and Emma Elizabeth Gould Snyder.

Montrose was a 1946 graduate of Punxsutawney High School. She had worked for Warren Molded Plastics and as an assembler at Packard Electric Corporation.

Montrose was a charter member of Cortland Church of the Nazarene, where she held numerous offices including Sunday School superintendent, served as a Sunday School teacher and choir member and also received a distinguished service award to honor her committment to church service. She enjoyed gardening, needlework, cooking and traveling with her husband, Dwight. She was known as “Grams” to those children she baby-sat.

The funeral service will be held at 11 a.m. Saturday, Nov. 9, 2019, at Lane Family Funeral Homes, Shafer-Winans Chapel in Cortland, where the family will receive friends from 6 to 8 p.m. Friday and for one hour prior to the service Saturday.

Burial will be in Dugan Cemetery in Fowler.

Online condolences may be made to the family and the obituary viewed at www.shaferwinanschapel.com.