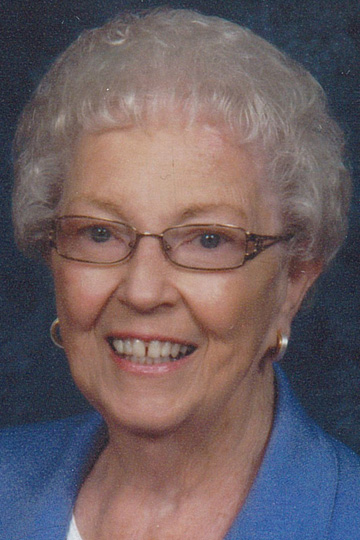 Gretchen was born Dec. 25, 1933, in Youngstown, Ohio, the daughter of the late Jacob Paul and Jessie Mae Moser Keefer.

Gretchen was a lifelong resident of Liberty Township. She was a 1951 graduate of Liberty High School and was president of her senior class.

Gretchen received the English scholarship presented by the Liberty Mothers Club. Following high school, Gretchen went to Baldwin Wallace College after receiving the Methodist Scholarship to attend and graduated in 1955. Gretchen graduated with a Bachelor of Science degree in elementary education, minored in music, and was a member of Phi Mu Sorority and the Kappa Phi Club. Gretchen received her master’s degree as a reading specialist from Youngstown State University, class of 1981.

She was an active member in the Church Hill United Methodist Church, where she served as Stephen Ministry leader, historian, peace advocate, lay delegate to the annual conference, Sunday school teacher and leader, vacation Bible school teacher, was a 60-year choir member and taught Disciple Bible study. She was a part of Church and Society for the Youngstown District and was active in the United Methodist Women, serving two terms as president.

Gretchen founded Blott School Kids Project that gave clothing and gifts to children from Liberty Township for the past 30 years. She coordinated hundreds of volunteers over the years who supported the project. Gretchen volunteered after retiring at Blott School as part of the HOSTS / Project MORE reading program. Gretchen received many awards in her lifetime. She was selected as the first “Person of the Year” by Liberty Township trustees in 2003; she was selected by the Liberty Historical Society as “Women of the Year” in 2008; and she was one of 11 winners of the Tribune Chronicle’s 2011 Community Star Awards.

Gretchen leaves to cherish her memory her daughter, Wendy (Michael) Szakacs of Liberty Township, along with three grandchildren, David and Jessie Szakacs and Jenna Baughman.

The family will receive relatives and friends from 5 to 7 p.m. Friday, Nov. 8, 2019, at Blackstone Funeral Home in Girard.

The family would like to thank the staff at Liberty Health Care Center and Harbor Lights Hospice for the kind and compassionate care that was given to Gretchen.

Visit www.blackstonefuneralhome.com to view this obituary and to send any expressions of sympathy to the family.