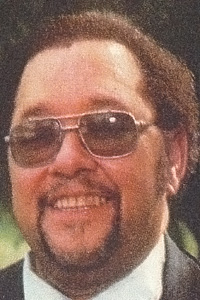 Cliff was born March 17, 1935, in Pittsburgh, Pa., the son of the late Harold and Myrtle Johnson Holmes Sr.

A veteran of the United States Army, Cliff served his country abroad. For his service to his country, he received the Good Conduct Medal and was awarded an honorable discharge on Jan. 28, 1960, at Fort Dix, N.J.

He was a member of the VFW and ITAM.

Cliff retired in 1986, after work for 30 years as a scarfer with LTV Republic Steel in Warren.

Fond memories of Cliff will live on with his wife, the former Lucille Wright Miller, whom he married on Jan. 8, 1994; a daughter, Nina Holmes of Canal Winchester; a son, Clifford “Kip” A. Holmes Jr. (Sherida) of Lithonia, Ga.; two sisters, Martha Price of California and Elaine Bryant of Cleveland; a brother-in-law, Roger Wright of Warren; seven grandchildren; six great-grandchildren; and many nieces and nephews.

Besides his parents, Cliff was preceded in death by a stepson, James Hunter; a grandson, Daniel Holmes; and two brothers, Harold “Corky” Holmes Jr. and James Holmes.

Dedicated to serving your loved ones. This obituary may be viewed and condolences sent to www.statonborowskifuneralhome.com.