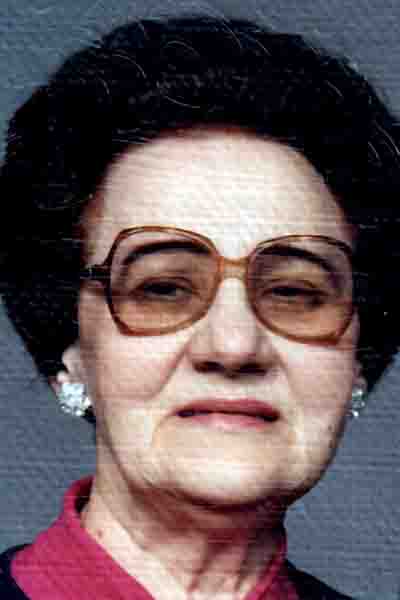 She was born Aug. 13, 1926, in the village of Naklo, located in north central Poland, a daughter of Jan and Anna Gonia.

Following the conclusion of World War II, she was reunited with her sweetheart, Michael Lugiewicz; they were married Feb. 13, 1946. Together with their young family, they immigrated to the United States in 1951, and Urszula would go on to become a United States citizen Dec. 15, 1960.

Urszula was a devoted wife, mother, grandmother and great-grandmother who always loved having her family gathered together around her table. She was an exceptional baker and cook, enjoyed crocheting and was well known for her green-thumb capabilities and taking care of an immaculate vegetable garden.

Mrs. Lugiewicz retired from Trumbull Memorial Hospital in 1988 where she had worked in environmental services for 17 years.

She was preceded in death by her husband of over 53 years, Michael, who passed away Oct. 13, 1999; her son-in-law, Nick Salman; a brother, Kazimierz Gonia; as well as two brothers and a sister who passed away in Poland.

The Very Rev. Frank Zanni V.F. will celebrate a Mass of Christian burial for Urszula 11 a.m. Monday at St. Thomas the Apostle Catholic Church in Vienna. Friends may visit with the family 10 to 10:50 a.m. prior to the start of Mass in the chapel at the church. Burial will follow in All Souls Cemetery in Bazetta.

Memorial contributions in Urszula’s memory may be made to the St. Vincent de Paul Society, 2415 Niles Road SE, Warren, Ohio 44484.

Arrangements are under the direction of the Dillon & Santucci Funeral Home, 4471 Warren-Sharon Road, Vienna, Ohio.

To sign the guestbook for Urszula, family and friends may visit www.dillon-santucci.com.