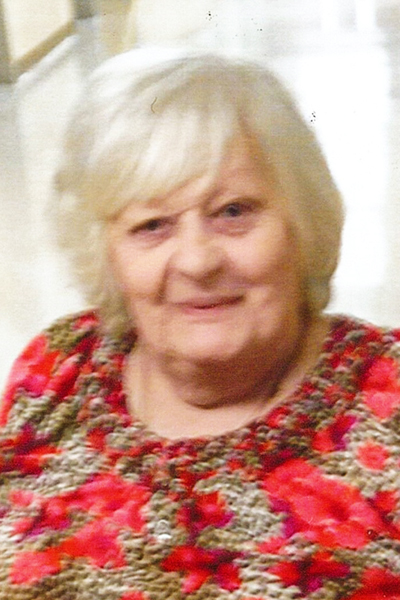 She was born Jan. 6, 1944, in Warren, the daughter of James Sr. and Helen Jackson Minick, and had lived in the area all her life.

Paulette attended Leavittsburg High School and had been a homemaker. A member of Tod Avenue United Methodist Church, she became aa big fan of car shows and Chinese auctions after she moved to the nursing home. She also enjoyed camping and was a big fan of 1950s music.

She is sadly missed by her four daughters, Deborah Smith (Mark) of Cortland, Tammy Jacobs (Joe) of Boardman, Dawn Martin of Tennessee and Terrie Jackson (James) of Salem; 11 grandchildren; numerous great-grandchildren; two sisters, Gloria Mason (Rolland) of Leavittsburg and Lois Wasil of Niles; many nieces, nephews, and their families; and her former spouse, Richard Hall of Leavittsburg.

Preceding her in death are her parents; and two brothers, James Minick Jr. and David Novak.

Services are 11 a.m. Tuesday, Oct. 15, 2019 at Staton-Borowski Funeral Home, with the Rev. Tom Badanjek officiating. Interment will follow in Pine Knoll Cemetery. Friends may call 10: to 11 a.m. Tuesday at the funeral home.

Arrangements have been entrusted to the care of the Staton-Borowski Funeral Home, 962 North Road NE, Warren, Ohio 44483, 330-394-6200. Dedicated to serving your loved ones. This obituary may be viewed and condolences sent to www.statonborowskifuneralhome.com.