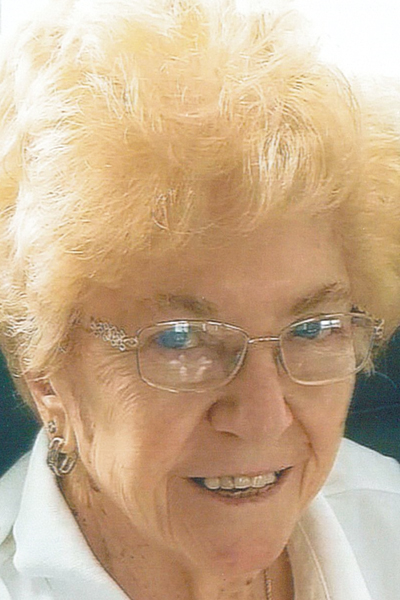 A longtime resident of Girard, Kathryn attended Saint Rose Catholic School and graduated from Girard High School in 1939. During World War II, she worked as a keypunch operator at U.S. Steel.

On March 28,1944, she married Frank Raymond Rostan, and together they raised eight children.

From 1976 to 1986, Kathryn worked as a teller for First National Bank and then as a loan officer for Bank One in Girard.

Kathryn lived a life full of love for her family and new adventures. Her greatest joy was having a large family, and she raised her eight children with kindness, laughter and irrepressible positivity.

At age 40, she learned to golf, playing multiple rounds per week into her early nineties. Upon retirement, Kathryn traveled extensively and visited many states and countries. She attended water exercises four times per week at the Hubbard pool. In her 60s, she learned to play mahjong and routinely defeated her children and grandchildren. In her 80s, she took up tai chi and went parasailing at 85. She was a prolific quilter, an avid reader and a crossword puzzle enthusiast.

In addition to her parents and her stepfather, Edwin P. Reep, Kathryn was preceded in death by her husband, Frank, who died June 14, 1985; her son, Donald Rostan of Houston; a great-grandson, Joseph Goist; and her brother, Cornelius Thomas Fleming, who was killed in action in World War II.

The family would like to formally thank Elizabeth Pratt for all her kindness, support, generosity and assistance. They would also like to thank Dr. Charles Wilkins, Liberty Arms Assisted Living, Ohio Living Hospice and CareBuilders for their generous and loving support.

A prayer service will be 10:30 a.m. Friday at the funeral home, followed by an 11 a.m. Mass of Christian burial at St. Rose Catholic Church, where Kathryn was a lifelong parishioner.

In lieu of flowers, the family requests material contributions be made in Kathryn’s name to St. Rose Catholic Church, 48 Main St., Girard, OH 44420.

Visit www.blackstonefuneralhome.com to view this obituary and to send any expressions of sympathy to the family.