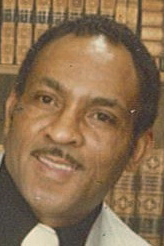 Charles attended Lincoln University and retired after 30 years with General Motors, where he worked as an assistant foreman.

He was a faithful member of Second Baptist Church and was deacon emeritus of the church. Charles was an avid sports fan included the Pittsburgh Steelers and Pirates and especially enjoyed spending time with his family.

Besides his parents and wife, Charles was preceded in death by his son, Ronald Brown; and a brother, Joseph Brown Jr.; a sister, Madeline Touchstone; and two granddaughters.

A funeral service will take place at 11 a.m. Friday, Oct. 11, 2019 in Second Baptist Church with the Rev. Kenneth Wilkins officiating.

Burial will follow in Pineview Memorial Park in Warren.

The family will receive at the family home at 1220 Salt Springs Road, Lordstown, Ohio 44481.

Arrangements have been entrusted to the care of the Staton-Borowski Funeral Home, 962 North Road NE, Warren, Ohio 44483, 330-394-6200, dedicated to serving your loved ones. This obituary may be viewed and condolences sent to www.statonborowskifuneral home.com.