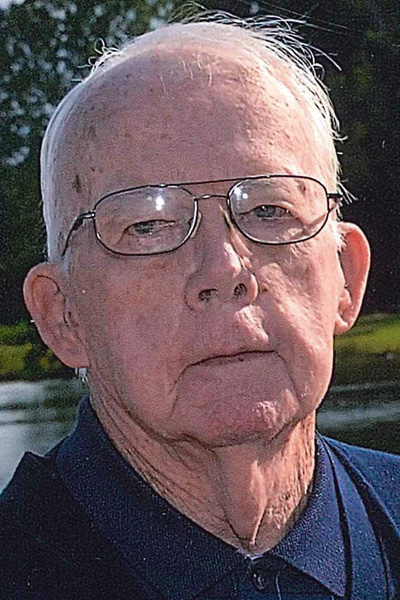 CHAMPION — William Edward James Sr., 88, of Champion, passed away peacefully at home on Thursday, Sept. 5, 2019, after a long, brave battle with Parkinson’s Disease.

On May 29, 1954, Bill married the former Carmella “Toots” Christopher. They shared 52 years together visiting family, playing cards, traveling and looking at antiques before Toots’ passing Jan. 25, 2006.

Bill worked at Copperweld Steel as a recorder for 41 years. He also umpired for the OHSAA for over 30 years and over 40 years for the Hot Stove League in Champion. He was the “Mr. Fix-it” for all his family and friends. There wasn’t anything he didn’t try to fix. He loved playing card games with family and loved babysitting his grandchildren. He was known to his family to always take the “scenic” route on drives. Bill was also a veteran of the United States Navy.

In addition to his parents and wife, Bill was preceded in death by his brother, Arthur James; and a brother, Donald James, who passed away one day after William; and three sisters, Mame Melica, Betty Davis and Shirl Bencze.

Services will be 11 a.m. Thursday, Sept. 12, 2019, at the Carl W. Hall Funeral Home, Warren. Friends may call 6 to 8 p.m. on Wednesday, Sept. 11, at the funeral home and also one hour prior to the service on Thursday. He will be laid to rest next to his wife in the Champion Township Cemetery.

The family requests that material contributions be made to the Michael J. Fox Foundation for Parkinson’s Research, Grand Central Station, PO Box 4777 New York, NY 10163-4777, in his memory.