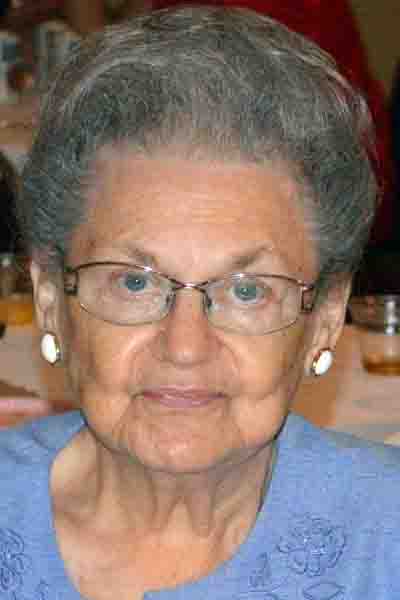 She was employed as an registered nurse for 15 years for Dr. T. P. Berry in the Kinsman Clinic, and also for the Boyd Home in Kinsman, from where she retired in 2012. She also did home health care in her home for several years.

She attended the Kinsman Christian and Missionary Alliance Church, and she was a member of the Kinsman Mother’s Club. She enjoyed cooking and canning, reading, crocheting and knitting.

She was also preceded by her parents and by one brother, Harry Prior.

She is survived by her daughter, Denise (James) Scaduto of Columbus; her son, David (Monica) McKnight of Kinsman; four grandchildren, Elizabeth McKnight, Kurtis McKnight, Ian McKnight and Ryan Scaduto; one brother, Fred (Linda) Prior of Arkansas; her sister-in-law, Carol Prior of Kinsman; several nieces and nephews; and her close friend, Pearl Wick of Kinsman.