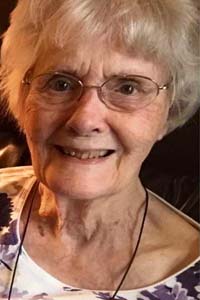 Margaret was born in Chesterhill, Ohio, Aug. 29, 1928, to the late Harrison and Mary Hoon.

Margaret was a cafeteria worker at Louisville High School for 18 years. She was a member of the Louisville Christian Church. Margaret enjoyed gardening, cooking and spending time with her family.

She is survived by a daughter, Carol (Tina) Rieman; a son, Fred (Ruth) Rieman; and two grandsons, Eric and Tyler Rieman.

Besides her parents, she was preceded in death by her husband, Duane, in 2011; and a sister, Jane Van Fossen.

Funeral services will be 11 a.m. Wednesday at the Stier-Israel Funeral Home of Louisville, with Pastor Rick Brown officiating.

Calling hours will be from 5 to 7 p.m. Tuesday at the funeral home.

Burial will be in Union Cemetery, Louisville.

Online condolences may be left at www.stierisraelfuneralhome.com