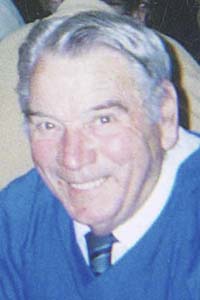 He was born April 15, 1926, in Warren, a son of the late William A. and the late Mildred Kelley Sanderson.

Sandy left high school early to serve in the United States Navy. He served during World War II. Sandy went on to start his own business in 1955, Sandy’s Tire Sales and Service.

He was inducted into the LaBrae Hall of Fame and also the Trumbull County Sports Hall of Fame. When not working, he used to enjoy square dancing and bowling with his wife.

He was preceded in death by his wife, Peggy Jo Sanderson; parents; and sisters, Betty Dakin and Billie Wycoff.

Interment will be in Pine Knoll Cemetery, Warren Township.

The family requests that material contributions be made to the First Community Church of Leavittsburg or to the Warren Family Mission, in his memory.