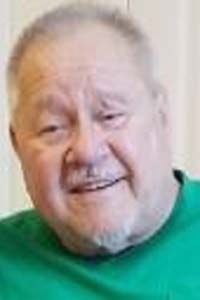 “Bud” married Patricia Mascio on Aug. 5, 1961, in Warren, where they lived until 1980. After many years in California, they settled into retirement in Lake Havasu City, Ariz.. They were lovingly married for 55 years until the Lord took Patty into Heaven. Their deep love for one another was unconditional and everlasting.

He served in the U.S. Air Force from1956 until 1962, where he received medals for “honest and faithful service.” His career work in telecommunications began locally with the United Telephone Co. and concluded as a registered communications distribution designer at UCLA.

Over the years, Bud loved fishing, golfing, and bowling and was a fierce competitor. Later in life, Bud and Patty would enjoy occasional trips to the casino as well as rooting together for their favorite sports teams.

Memories of Bud will be carried on by his sisters, Bernadette “Bernie” (Jim) Swartz of Cortland and Dolly (Ken) Bahrey of Howland; his brother, John Tomasiak of Niles; his sister-in-law, Sandy Tomasiak of Champion; and brother-in law, Edward Mascio of Huntington Beach, Calif.; and many nieces and nephews whom he and Aunt Patty loved very much.

There will be a committal service at 9:30 a.m. on Saturday, Sept. 14, 2019, at All Souls Cemetery, with the Rev. Monsignor John Zuraw officiating.

The family extends its deepest thanks to all those who provided care to Bud these last few years in Arizona and Ohio. Your compassion was greatly appreciated.

Family and friends may visit www.peterrossiand sonfh.com to view this obituary, sign the guest book or send condolences to Bud’s family.