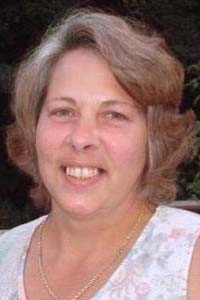 Gay was formerly employed at the Elkhart Products Corp. She enjoyed going mushroom hunting, playing softball, bowling, reading, spending time with her family and being outdoors sitting around bonfires with family and friends. She also enjoyed country music, riding her Harley-Davidson motorcycle, and going to amusement parks, casinos and the Dairy Queen. Gay was also an avid collector of Mickey Mouse memorabilia.

A celebration of life service for Gay will be held 1 p.m. Friday, Sept. 20, 2019, at the Walley-Mills-Zimmerman Funeral Home in Elkhart. Her brother Fuzzy will preside over the celebration service. Burial will follow in Carlton Cemetery. Friends may visit with the family two hours prior to the service, from 11 a.m. to 1 p.m., at the funeral home.

Elkhart Cremation Services has been entrusted with her care.

Memorial contributions may be given to the American Cancer Society.