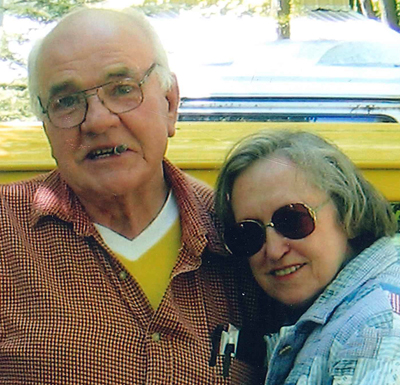 She was born Jan. 5, 1934, in Somerset, Pa., to the late Wallace and Sara Lentz Crawford. Her life in Somerset and beyond was shaped by three very special women: her mother, her aunt, Betty Lentz, and her aunt, Iva Miller Kimmel. They surrounded her with their love, instilled her faith in God and encouraged her dreams. After graduating from Somerset High School, she earned her nursing degree from Western Pennsylvania Hospital School of Nursing. Her time at West Penn was rewarded with both a lifelong profession that she loved and an enduring friendship with Joanne Santucci of Warren.

At Geneva-on-the-lake, she met Thomas Michael “Farmer Tom” Gargas. He became her husband of 49 years before preceding her in death in August 2006. Together they raised four boisterous children and thousands of pumpkins in Bloomfield. When she was not working midnights as an RN at Trumbull Memorial Hospital, Hillside Rehab Hospital, and later Heatherhill Nursing Home, she had many activities. She enjoyed quilting, attending church, gardening, reading and spending time with her family. She was a kind, devout person cherished by friends, patients and family.

For the past six years, she lived at Champion Estates assisted living. Even though she readily admitted that her “memory is shot,” she never failed to remark how happy and well cared-for she was there.

After suffering a stroke in May, her final days were spent at O’Brien’s nursing home under the care of Southern Care Hospice. She passed away July 14, in the loving company of her sister, Beckie; her son, Marty, and her guardian angel, Kelly Gargas RN.

According to her wishes, there will be no calling hours or services. Please celebrate her life when you see flowers, birds, deer, and of course, pumpkins.