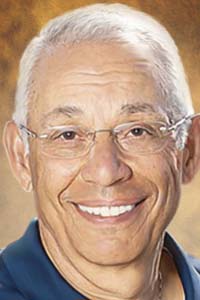 NILES — Philip Annarella Jr.,70, passed away unexpectedly from natural causes on Saturday, June 8, 2019, at his home.

He was a 1966 graduate of Union Area High School in New Castle, later earning a bachelor’s degree in education from West Virginia University and a master’s degree in education from Youngstown State University. Phil taught high school for over 35 years; he also coached football for over 48 years with positions at East Liverpool, Youngstown Rayen, Warren Western Reserve, Warren G. Harding, Hickory (Hermitage, Pa.), Niles McKinley and most recently, Austintown Fitch (2007-current) high schools. He led Warren G. Harding to a Division I State Football Championship in 1990, ending in a perfect 14-0 season.

In 2013, he led Austintown Fitch to their first 10-0 season in the program’s history. He received countless coaching awards over the years, including the Ohio High School Football Coaches Association’s Sportsmanship, Ethics, and Integrity Award in 2011 and Trumbull County Sports Hall of Fame in 2012. What he truly valued most throughout his teaching and coaching career were the relationships he forged with others and the individual “victories” achieved by his students and players in their academic and personal lives.

He was a devoted and loving husband, father, grandfather and brother known for his unparalleled character, his lifelong passion for coaching football and mentoring students and athletes, his generous yet humble heart, and his strong faith. He loved high school and college football (and his family’s annual Bowl Mania competition), oldies music, the Pittsburgh Pirates, homemade chocolate chip cookies, and most of all, spending time with his family and friends. Phil was a devout Catholic and attended weekly Mass at St. Stephen Church in Niles.

Phil was preceded in death by his parents; and his beloved wife, Gayle Lynn (Cullumbine) Annarella, whom he married on July 8, 1977, and who passed away on Feb. 26, 2012.

In lieu of flowers, memorial contributions may be made to the Mesothelioma Applied Research Foundation at www.curemeso.org