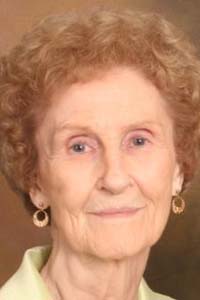 NILES — Garnett Mae Moody McKinney, 91, died Tuesday, June 18, 2019, at Shepherd of the Valley, Niles, where she had lived for two years in assisted living.

Garnett worked for many years at the General Electric Lamp Plant in Warren, from which she retired in 1987. She was an active member of Second Christian Church in Warren until it closed and then attended First Christian Church in Niles. She enjoyed church activities especially in retirement. Garnett volunteered every Monday for over 25 years at Trumbull Memorial Hospital in Warren. She enjoyed spending time with family, caring for her home, square dancing, playing cards with her card clubs, eating lunch with friends, and traveling in particular with special friend Herb Shade, who died in 2007.