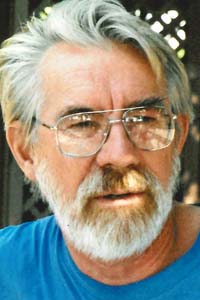 Carl was born Aug. 18, 1940, the son of Charles and Ann Bracik Yash. He was a 1959 graduate of North High School. Following graduation, Carl served in the United States Marine Corps. For many years, Carl participated in Marine Corps reunions at Parris Island, S.C. and was a member of the VFW. Carl was a member of Masonic Lodge #348.

For over 30 years, Carl was a proud member of Ironworkers Local 207 dedicating his life to his skill and brotherhood until 2008. Carl was an avid sportsman, spending many years fishing and hunting throughout Ohio and his camp at Cooks Forest, Pa.

Carl will be sadly missed by his wife, Helen Swertfager-Yash and children, Laura (Harold) Miller of New Waterford and John (Dianne) Yash of Austintown and their mother, Carol DeBow; stepsons, William, Robert and Ronald Swertfager and their children; his sister, Betty (Larry) Degan; along with his nieces and nephews, Dawn, Kelly Butch, Andrew and Rylee. Of all of his lifelong accomplishments, Carl was most proud of being a grandfather to Kevin and Celeste.

Friends and family can pay their respects from 4 to 7 p.m. Friday, June 14, 2019, at the Lane Funeral Home, Mineral Ridge Chapel, where memorial services will be at 7 p.m.

You may view this obituary and send condolences to the family at www.lanefuneralhomes.com.