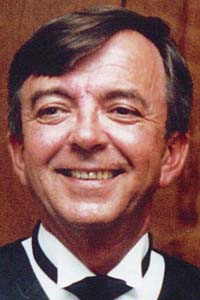 MINERAL RIDGE — Randy J. Miller, 69, of Mineral Ridge, was received into the loving arms of Jesus Christ on Saturday, Dec. 15, 2018, at his home, surrounded by his loved ones, after a 17-month battle against cancer.

He and his family moved to Niles in 1964, where he graduated in the class of 1967 from Niles McKinley High School. To further his education, he attended Pittsburgh Institute of Aeronautics, graduating in 1971.

After working at several small area airports as an airframe and power plant mechanic, he sought employment at Traichal Construction / Warren Door Sales as a sales/construction supervisor until, along with his brother-in-law, David R. Crummel, formed Building Construction and Services, later renamed Penn Ohio Door. Years later, Randy returned to Warren Door until his retirement this past April.

Randy married his high school sweetheart, Daiva Lynne Crummel, on Sept. 27, 1969, and for the next 49 years celebrated the ups and endured the downs of married life. They enjoyed country western music, but their favorite song was “Unchained Melody” by The Righteous Brothers.

Along with his beloved wife, he is survived by his sons, Randall (Dawn) and Nathan (Amanda). He was “Papa” to his precious grandchildren, Cameron John, Randall David Jr., Mason Michael, and Braelyn Grace. He also leaves his sister, Shelley (John) Staufenger of Howland, his sisters-in-law, Carla Crummel Danes of Akron, Laurie Dietrich of Jupiter, Fla., and Tina Crummel of Mineral Ridge, along with many nieces and nephews, cousins, and friends.

Besides his parents, he was preceded in death by his brother, Richard A. Miller, and his maternal and paternal grandparents.

A man of quiet and solid faith, he belonged to The Lordstown Christian Church, where he participated with his grandson, Mason, in full immersion baptism on Palm Sunday of this year. The center of his life was his family. He coached his sons in Little Rams Football, and in pole vault both at the high school and college level.

In his spare time, they built and raced the No. 22 and No. 24 stock car at The Sharon Speedway. He loved to go deer hunting “with the kiddos,” and Randy’s escape place was Cook’s Forest, where the entire clan would rent the same cabin in October for the past 18 years.

He was very proud that he earned his private pilot’s license at the age of 16, a passion he handed down to both Cameron and Randall. He was an unapologetic Republican; Cleveland Browns and Ohio State football fan; and he loved watching NASCAR with Dale Sr., Dale Jr., and Ryan Blaney, as his favorite drivers.

Randy’s grin was as big as his heart. He only lost his temper if a work project went awry or he burnt a steak. Always an eternal optimist, he encouraged all to look on the bright side. His passing has left a hole in our hearts, which will never be filled.

Burial will be in Kerr Cemetery.

Arrangements are being handled by The Joseph Rossi and Sons Funeral Home in Niles.

Family and friends can light a candle, sign the guest book, and send e-mail condolences at www.josephrossifuneralhome.com.

” Walk slowly my love for I shall follow as God permits … “