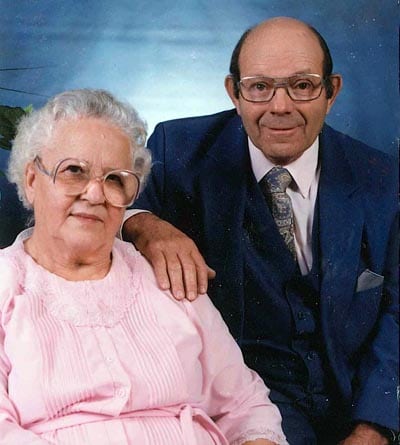 He was born July 5, 1931 in Morgantown, W.Va., a son of the late Sheridan and Bessie Minnear Dunn.

Jim enjoyed gardening, fishing and sewing. He was a former member of the McKinley Community Church in Niles.

He was employed as a parts deliverer for the former Packard Electric Corp. in Warren for 30 years, retiring in 1987.

Surviving are his wife, Amelia Dunn of Newton Falls; three daughters, Trenda M. Dunn of Akron, Bonnie (Larry) Schmitt of Garrettsville, with whom he made his home, and Kay (Dale) Powers of Akron; six grandchildren; 15 great-grandchildren; and one great-great-grandchild. Also surviving are a brother, Elmer Dunn, of Warren; three sisters, Rita Townes, JoAnn Smith and Judy Plush, all of Morgantown, W.Va.; and several nieces and nephews.

Friends may call from 10 a.m. to noon Thursday at the funeral home.

In lieu of flowers, the family suggests material contributions be made to local 4-H clubs, in Jim’s memory.

This obituary may be viewed and condolences can be sent to the Dunn family by visiting www.carlwhall.com.