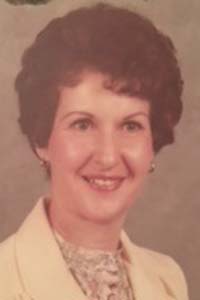 She was a graduate of Ava High School, later moving to this area. She had worked at Superior Industries, which later became EASCO Aluminum, as a press operator for 30 years before retiring in 2001.

She was a member of St. Joseph Church. She loved gardening, ballroom dancing at Fred Astaire dance studio in Boardman, and enjoyed ceramics. Most of all, Lorene loved spending time with her friends and family.

Besides her parents and husbands, she was preceded in death by a brother-in-law, Jack McElfish.

Visit www.higgins-reardon.com to view this tribute and send condolences.