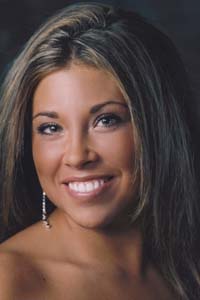 She attended John F. Kennedy High School and received a Bachelor of Science degree in biology/pre-medicine from Kent State University in 2009. She continued her education at Thomas M. Cooley Law School, where she graduated with honors, earning a Juris Doctor degree in 2014 and was a member of the Bar Review.

Chelsey enjoyed hockey, cheerleading, track and was competitive in ladies figure competitions. She won several titles and attained IFBB Fitness Professional status. She earned a spot in the Arnold Classic and was the youngest to qualify to compete for the 2011 title of Miss Olympia as a national figure competitor. Chelsey worked at her father’s chiropractic practice while studying for her bar exam.

In lieu of flowers, the family asks for donations to be made, in Chelsey’s name, to Project2HEAL of Waxhaw, N.C. Envelopes will be available at the funeral home or donations can be made through Project2HEAL.org.

Family and friends may visit www.peterrossiandsonfh.com to view this obituary, sign the guest book and send condolences to Chelsey’s family.