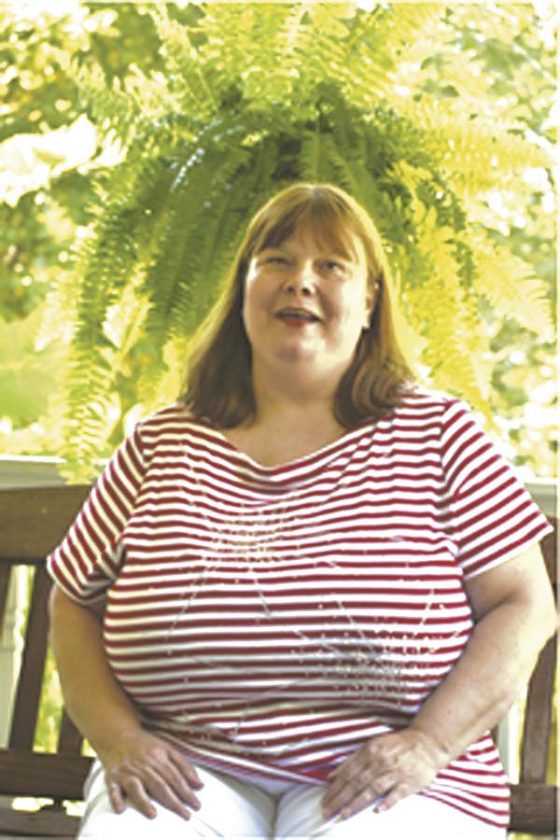 EDITOR’S NOTE: This is part of a series published each Monday between Memorial Day and Veterans Day honoring local veterans. To nominate a veteran, email metro editor Marly Kosinski at mkosinski@tribtoday.com

NEWTON FALLS — Donna Ball joined the U.S. Navy at an interesting time in the military service branch’s history, as more positions opened up to women, giving her the chance to see the world.

Ball moved back to her hometown with boxes full of souvenirs collected after 20 years in the service, from 1988 to 2008.

From a military family, the first class petty officer has four brothers who served — two in the Navy, one in the Marine Corps and one in the Army.

Ball joined the Navy as a disbursing clerk, meaning she helped to make sure service members were paid, handling payroll, financial reports, similar to her job now at Hays Enterprises.

“The job may not have been the most glamorous, and it wasn’t by any means dangerous, but I took satisfaction in making sure the people who risked their lives didn’t have to worry about their pay when they were worried about staying alive. And, I enjoyed solving problems people had, sometimes for years, like a detective,” Ball said.

When Ball joined the Navy, the pay gap between men and women in the civilian world was worse than it is now. Though there weren’t many other women among her ranks, the ones who were there were more likely to receive equal pay for equal work, Ball said.

“When I first joined, I think it was harder for women in civilian life to find that equality in the workplace, but by the time I got out, I saw it was starting to get better,” Ball said.

Although some women had bad experiences in the male-dominated military, experiences Ball was aware of, she said she was lucky to have never suffered harassment or assault.

Ball said she was an enthusiastic proponent of women gaining access to more jobs in the military, but also understood the differences between men and women and the operational need to continue to keep submarines off limits to women sailors.

Ball got the chance to work in Brunswick, Maine, Spain, Sicily, and her favorite, a two-year stint in Germany that enabled her to visit much of Europe.

She spent time in California and Indianapolis and served out her last assignment in Millington, Tenn.

The Navy was changing during her time in.

“When I first went in the military they weren’t a lot of women yet,” Ball said. “I don’t remember exactly what the percentage was, but at my first duty station, there were like 300-something people and I think there were only like 20 something women,” Ball said.

And because she joined at 25, she wasn’t used to seeing such a big divide in the men / women ratio in the work force.

“There were guys who weren’t big on having women in the military and stuff, but I never really had any encounters with any of them. Nobody treated me like I didn’t belong or anything. They all treated you just like you were the guys. Yeah, as long as you did your job, you know, it was fine,” Ball said.

But when the Navy opened up serving on ships to women, Ball missed out.

“The only part that ever really bothered me with that was when it was my first time to transfer, it was when they opened up the ships to women and I was really excited and I thought, ‘I want to be the trailblazer, I want to go and be a part of that,” Ball said.

But the timing wasn’t right. She had other duties she had to fulfill first, and by the time she could have taken a position that was previously closed to her, they were all filled by other women, she said.

Later in her service, she had her children and so did not want to take positions that would keep her away from them for long periods of time.

Ball said her favorite part about serving in the Navy was the traveling she was able to do.

“The military is not for everyone, but I would do it again in a heartbeat. I miss the camaraderie, it is like one big family. You know everyone has your back,” Ball said.

Ball said she recommends the military to anyone who is interested, especially young women.

“It’s a lot different now than before because there are a lot of opportunities for women, but the best advice I have is don’t pick a job that you’re not capable of doing because you have to be able to pull your weight,” Ball said.