WARREN — City council members again are discussing whether to have their meetings via the city’s YouTube channel or some other virtual means after Gov. Mike DeWine ordered residents of Trumbull and 10 other counties to wear masks indoors.

“It really hit home for me during Wednesday’s meeting when the administration would not allow any of its department heads to attend our council meeting,” Councilwoman Helen Rucker, D-at Large, said. “We are risking the health of any resident attending the meetings, our clerk and ourselves by coming to these meetings when there are alternative methods.”

In April, Rucker brought up the idea of council spending a portion of its budget to purchase computers, laptops or iPads that members could use to participate in virtual meetings, as well as enabling them to do their own research on issues related to the city.

She argued other area governmental bodies are having virtual meetings and said there is no reason why council should not have the technology to do the same. She would like viewers to be able to see council members and be able to provide live comments during the meetings.

“Buying this equipment will not only be for this immediate pandemic, but an investment that council members will be able to use in the future,” Rucker said. “The cost of purchasing equipment for council members and our clerk would be extremely low.”

Rucker estimated the cost to purchase the necessary equipment would be approximately $3,000.

However, a number of Trumbull governments, including Weathersfield, Cortland, Newton Falls, Champion, Hubbard, and Girard council and Board of Education have been having in-person meetings.

Warren Township and Howland trustees, Niles and Lordstown councils have been having virtual meetings.

“This is about the health of council members and anyone else that may come to our meetings,” she said.

During a council-as-a-whole meeting in April, council members took an informal vote not to purchase computer equipment with funds that were budgeted to its account to purchase equipment. Since that time, the city moved funds that were not already allocated for the project from the accounts of different departments.

Council’s finance chairman, John Brown, D-at Large, said he will support anything the majority of council wants to do.

However, with only one meeting to go before council takes its one-month summer break, Brown does not want to incur a large expense when the spread of the coronavirus may be over by the time council returns for its fall meetings.

“I would not mind, if we can do it at reasonable costs,” Brown said. “I am fine with doing virtual meetings the way we did them in April and May. I don’t have to be seen on screen. The important thing is for residents to be able hear the live meetings and to be able to provide comments when they have concerns.”

Councilman Greg Greathouse, D-3rd Ward, said he asked community development Director Michael Keys if the city could use some of the coronavirus funds it received from the federal government to purchase equipment.

“I was told we could not,” Greathouse said.

Greathouse agrees that council should return to having virtual meetings, but would not like to do so in the same format as in the spring.

“Zoom meetings or using Skype would be better,” Greathouse said. “However, it is not for me to pick the format.”

Councilman Ken MacPherson, D-5th Ward, said he sent an email to council members presenting at least three different tools that could be used for council to have virtual meetings.

“Using virtual has been a part of my life for at least 20 years,” MacPherson said. “The fact that we cannot do this, again, goes to show we have a failure of leadership on a fundamental level.”

MacPherson said the cost of setting up a program through Google or some other service would be minuscule.

“We could handle up to 100 people during a single meeting,” he said.

Brookfield employees to get a 9 percent raise

MECCA — Township trustees and a former trustee have been going door-to-door throughout the township to get enough ...

WARREN — The 11th District Court of Appeals on Monday upheld the conviction and 39 to 40 1/2 year prison sentence ... 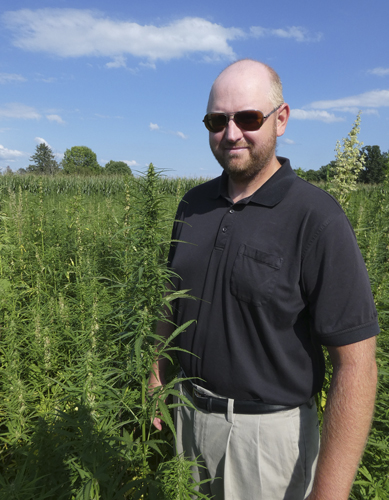